Pros and Cons of Investing in a Franchise When You're Older 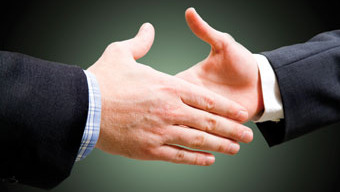 A brief look at the advantages and disadvantages of investing or purchasing a franchise later in life.

There is no time limit as far as age is concerned and wanting to invest in a franchise. You may prefer to work for yourself and start a legacy for your family later than others. It also gives you an advantage for preparing to be a franchise owner. Below are some of the pros and cons of investing in a franchise a little later in life.

The Franchise Disclosure Document (FDD) has significant terminology in it that may not be understood by younger generations. Part of what you need to know when investing in a franchise is what each part of this 23-section document means. You should also have a business or franchise attorney on retainer to help understand how potential issues could affect your profitability or franchise ownership ability.

Some investors prefer to work with younger franchise owners. Although a franchise that is well established can produce significant profits, the ability of an older franchise owner to maintain good health to run the business causes some investors to look the other way. Make sure that your pitch, business plan and financial projections are compelling and accurate to get the attention of the right investors or lenders.

If your plans as a franchise owner are to go global, you will need help to setup a Limited Company in the UK. It also means that you should acquire an E2 Visa to allow you to reside in the U.S. while operating a business overseas. If you already have a passport and are not on any federal clearance ban lists, your chances of being approved for an E2 Visa are greater.

Some older franchise owners do so simply to earn money and have zero interest in the actual industry. The con here is that it will clearly show if you do not love what you are doing. Pick an aspect of business that does make you happy and focus on that to convey that you enjoy owning the franchise.

If you find, after purchasing the franchise, that it is not the right fit for you, sell it. You can use that money to try your hand at something else that may be of greater interest to you.

Pro – Knowing what Franchise Consultants Do

Make sure that you know what their job is and have your legal advisor by your side. Your legal advisor will slow the process anytime it starts to become too stressful. But, given that you are a bit older than some franchise owners are, you are likely able to control the situation better on your own.

Pro – More Assets to use as Collateral

Research the profit history of the franchise to ensure that it continually increases in value and popularity before investing any part of your life’s savings into it. Compare the franchise against three others in the same industry to ensure that you are making the right investment. If another franchise proves to be more successful and innovates better as society changes, it may be a better option.

Make sure you have the support of your family before investing in a franchise. Including your family in the decision making process may entice them to help operate the business. It may also generate interest in the younger generations of your family to follow in your footsteps. Lead by example, it’s never too late to become a business owner.