Politicians are too craven to be allowed to regulate the press 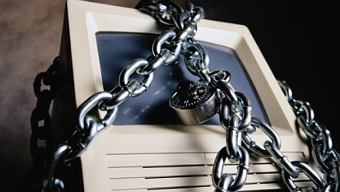 Should government have the power to regulate the press? Shadow Culture Secretary Ivan Lewis is calling for journalists to be 'struck off' for misconduct, but is this just state censorship by any other name?

One should always start to worry when politicians decide it's time to ban something. Obviously, keeping a man-eating tiger in your shed or deploying laser cannons on the streets of Slough on a Saturday night should be illegal. But the archetypical political ban operates in altogether less stringent terms, often as an unthinking, kneejerk reaction to a scandal or outrage.

Shadow Culture Secretary Ivan Lewis' proposal to regulate journalists, announced during his speech at this week's Labour conference, is a case in point:

Journalists guilty of gross malpractice should be struck off a professional register to prevent them working in news, the shadow culture secretary will suggest at the Labour conference on Tuesday.

Ivan Lewis is proposing a "system of independent regulation including proper like-for-like redress which means mistakes and falsehoods on the front page receive apologies and retraction on the front page...

Certainly, it's a kneejerk reaction - the phone hacking scandal may have confirmed what we were all thinking, but it was still horrifying for all concerned. And it's definitely within a grey area, for like many a ban, this proposal would restrict the freedom of those who have done no harm along as a result of the actions of those who have.

But most of all, it is unthinking. Firstly, how is such a register to be organised? In other words, what is a journalist? We certainly can assume that scribes working for the dailies are journalists (though in the case of the red tops, one uses the term loosely). And full-time staff who work on magazines, broadcast news and web sites would probably count under any definition too.

Yet the definition of journalist grows ever more ambiguous once you take into account just how many possible definitions of journalism there are. How would the proposed register classify a regular blogger? Would OlderIsWiser readers be classed as journalists if they post up a well-informed reply to one of our articles? Are satirists journalists? Are you a journalist if your letter to the editor gets published in The People's Friend or Take A Break? Are newspaper columnists who only talk about the weather, shoes and their children journalists too? Does the editor of a bi-monthly My Little Pony fanzine count? And so on.

Nor does Lewis explain quite how being 'struck off' will work. There is a mechanism for making sure doctors and nurses who get struck off their respective registers never work again, but how do you stop a journalist writing? Blacklisting writers is straight out of the Stasi book of sinister state intrusion, unless the 'striking off' is purely symbolic, and if so, that would render the exercise completely pointless. The alternative is a French system where the establishment is protected, regardless of what it gets up to, and journalists are publicly humiliated as a deterrent.

Blogger Paul Staines (also known as 'Guido Fawkes') is right to declare that such a move, if enforced, would simply muzzle the free press. (Though he doesn't seem to mind newspapers he doesn't like going bankupt.) If anything, the Phone Hacking Scandal should serve as a warning of what happens when the press and government get too intimately linked.

And if you want an example of why politicians shouldn't be involved in such decisions, consider Ivan Lewis himself - in 2009, having vowed to support patients in their attempt to get legal aid in order to sue a pharmaceutical manufacturer, he immediately retreated after that company lobbied him heavily. The story came to light after details were leaked to the press - but who is to say an angry politician won't soon be able to get investigative reporters struck off for exhuming sordid details about him?

Lewis may strike a pious pose when he declares that:

"...This is Britain, Mr Murdoch. The integrity of our media and our politics is not for sale..."

But he performs a disservice if he honestly believes that Big Brother is any less corrupt and dangerous than Big Business.