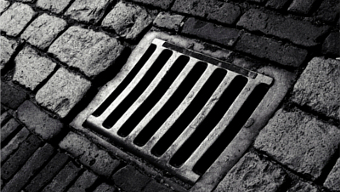 As the reports grow ever more sordid, the News of the World, and its owner, News International, increasingly serve as proof of that old journalists' maxim, "never become the story."

And so, given the suicidally macabre behaviour - up to and including hacking the phones of grieving parents and widows - it's hard not to see this as a watershed moment for the Murdoch Empire.

Nevertheless, as said elsewhere, this is a mere blip for the greater Rupert Murdoch narrative. He will get Sky, politicians will continue to curry his favour, and News of the World's sister paper, The Sun, will continue to sell millions of copies. Instead, the effects will remain serious for those caught up in the events or caught red-handed. There will be victims.

Take, for example, the News of the World's reputation as the paper that 'supports our boys'. Beyond the snorts of derision that this claim has always invoked on the notorious Army Rumour Service discussion boards, The Guardian reports that it has also now been dealt an official blow as the Royal British Legion has severed its links with the paper, and is considering whether to continue advertising throughout the rest of the Murdoch Empire.

Then there is the close relationship between Murdoch and David Cameron, which Peter Oborne at The Telegraph predicts has damaged the latter's reputation beyond repair. This is made even worse by revelations that Chancellor George Osborne, also known as one of Cameron's closest allies, was also targeted by one of the News of the World's phone hackers.

People will certainly also be more circumspect about their mobile phones, as a report care of the BBC confirms. It seems, however, that phone hacking remains all too easy, and mobile phone operators still haven't closed the remote access loophole that makes this kind of muck raking possible.

Somewhat inevitably, then, the government must be seen to do something. The Daily Mail says this has lead to a delay in the decision on whether News International can buy the rest of SKY until it all blow over - err, I mean, until an inquiry has taken place.

More anger from the military, this time via The Independent. Could this be another 'Hillsborough Moment' for the Murdoch Press? The sense of betrayal will mean little forgiveness.

While the media falls over itself to report on itself, so to speak, there will be another big casualty, according to The Press Gazette. MPs are calling not only for a rigorous inquiry but a review of the Press Complaints Commission itself, which has been found sorely wanting. The end of press self-regulation may be drawing near.

Still, as mentioned earlier, David Cameron may be the biggest casualty of this scandal. Guido Fawkes not only reports that the public believe the News of the World is guilty as charged, but that they are doubtful over whether Murdoch should be allowed to run Sky, and this combined with Cameron's own culpability in the scandal to make him look very compromised indeed.

Others are already scenting blood, according to The New Statesman - Cameron's usually loyal Deputy Prime Minister, Nick Clegg, opposition leader Ed Miliband and Cameron's on-off nemesis (and potential future rival) Boris Johnson are all calling for a public inquiry lead by a Judge. Cameron, for various reasons, claims this is not necessary. But in so doing, he may find himself on the wrong end of the public and political mood.