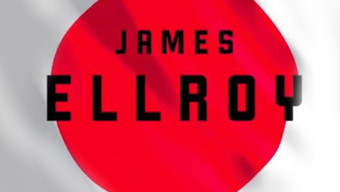 Posted on: 30 September 2015 by Gareth Hargreaves

James Ellroy returns to 1940s LA for the first in a series of four planned novels.

James Ellroy has squeezed out all the juice from his three volume Kennedy/Mafia canon (American Tabloid, Cold Six Thousand and Blood's a Rover) and returns to the familiar surroundings of the City of Angles and a busload of familiar characters whose lives (and in many cases deaths) have featured in the author's searing post-war crime novels.

The brutal noir recidivist is back. So too is the severe, staccato writing style; dragging the very worst out of the principal characters in a dizzyingly complex tale of corruption and manipulation, opening with a gruesome multiple homicide and the Japanese bombing of Pearl Harbour.

Ellroy's early LA series contains some outstanding books, LA Confidential and White Jazz in particular provided a double-barrelled blast to the noir genre. It was a collection that was neatly tied off, after reading the final page you felt you had closure on the trauma and darker than black plotlines that fed the series. So why has Ellroy gone back to write what is effectively a prequel?

The author has always had an eye for the seedier side of LA life and revelled in putting to print vintage celebrity gossip and outing matinee idols to a new (and in all probability disinterested) generation of readers - and in Perfidia, he goes overboard. There are only so many times you can read that Eleanor Roosevelt was a lesbian or that such and such a person has pictures of Cary Grant with men. Heaven forfend! It may have shocked once but not now and to try and communicate the conservatism of the time in this way is probably one of the weakest aspects of the book.

It is the way in which Ellroy presents the iniquities of the Los Angeles Police Department that anchors this book in its time; there is no level of thuggery, racism or misogyny too low for them. Violence is ever-present and the casual racial epithets help foster the setting's authenticity.

If you are familiar with Ellroy, you'll have a good idea what to expect. If you are coming to him for the first time, hold onto your hat and enjoy the ride!

Buffet serving utensils include pans of different sizes.These pans come in both stainless steel and plastic find out here ,which are long-lasting and durable.

It's obvious that everybody would like to have their own doctor. And, find out more
it's pretty clear why. This gives the possibility to get qualified help round-the-clock.