Oscar glory - but no thanks to the government 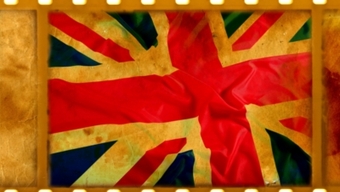 Despite its plaudits, The King's Speech wouldn't be made today

While everyone fulminates over The King's Speech winning Best Picture at the Oscars, one can always trust our government to pluck defeat from the jaws of victory.

In fact, the coalition scored quite a coup recently. They abolished the Film Council as part of their program of not-at-all ideological cuts, which funded, among other notable films, The King's Speech.

One can of course invoke the ghost of Jim Hacker at this point, who would presumably give a utilitarian argument about heart monitors and schools taking precedence over the arts. The problem with this argument, though, is twofold.

To begin with, money may be useful in some ways and not others. Billions have been pumped into the NHS and schools with variable effects, whereas the £15 million budget invested in the UK Film Council has produced a range of popular, critically successful films.

Secondly, some things may not be popular or even valued, but have an intrinsic value of their own and need to be supported. This can range from local sports clubs for children to art galleries and museums. Soon, we may have to add news media to that list - an essential but increasingly unprofitable enterprise.

But why fund the unpopular and the risky? The problem with philistinism, other than it being driven by an urge to drag everyone down to its level, is that it can't acknowledge the value of anything outside its own blinkered perspective.

The same numbskull outlook that thinks people should fund culture out of their own pocket is the one that would have silenced the King's Speech long before it had a chance of winning the Oscar. It is both short-sighted and a false economy. In other words, par for the course in the UK.

Cinema is important precisely because it provides us with a mirror to ourselves. South Korea's film industry, protected as it is with helpful policies, is both successful and provides a hitherto overlooked country with attention and prestige.

While our politicians may balk at such measures, they may at least ponder whether spending over £12.6 billion a year on 'foreign aid' is any more effective in buying influence and prestige (which, let's face it, is what aid is really for) than a well-funded, competent successful film industry.

Instead, it seems we are predestined to yet more hubristic claims that 'the British are coming', only for the film industry to fade once more, until the next once-in-a-while hit comes along, though it would be nice if the government were to notice - if only once - that the world is now looking at us with some interest...

If you are also searching for any information related to www.yojanaman.in but I failed to find any useful information on this website. Can anyone help me find the information? I will be grateful.

Wow, this is really interesting reading. I am glad I found this and got to read it. Great job on this content. I like it. 먹튀검증