Norway - a shock but not a surprise 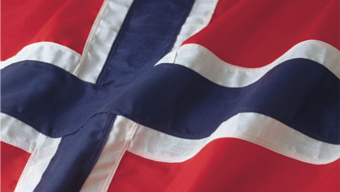 In the wake of yesterday's tragedy in Norway, a picture is beginning to emerge of who murdered over 90 people.

Anders Behring Breivik, a 32 year old far right nationalist, not only had access to guns but also fertiliser, and so the ingredients for explosives, via his job as a farmer. He was wealthy, and zealously ideological.

Not every Norwegian gun owner or agriculturist is, of course a murderous extremist. But questions must still be asked as to why Breivik was allowed access to the means he is alleged to have used to commit murder.

After all, journalists have already discovered a great deal about the alleged perpetrator simply by a few web searches. He had far right views, was Islamophobic and had violent libertarian views.

The company he kept on-line was also revealing. He was a contributor to the racist, Islamophobic Gates of Vienna site and 'Atlas Shrugs', the blog of the notorious alarmist Pamela Gellar, most famous recently for her hysterical campaign against the so-called 'Victory Mosque' near the former site of the Twin Towers in New York.

Both sites are part of an often ignored but virulently bigoted network of far right web pages, of the kind that see the English Defence League as heirs to Churchill and swear blind that President Barack Obama wasn't born on US soil. They have, however, been common knowledge and accessible for quite some time.

Nor is Norway unfamiliar with the potential, if not the actuality, of far right violence. The 'Black Metal' scene of the early to mid 90s saw church arson and desecration, not to mention homophobic murders committed by some of its adherents.

While the scene itself has grown out of this extremism, the actions of some of its leading lights still lead to violent offences and prison sentences (quite an achievement in liberal Norway).

The most notorious of these is, of course, Varg Vikernes, the mastermind behind black metal band Burzum, and also the sort of individual who would still be behind bars in the UK.

After burning down several churches, he then murdered his musical mentor Oystein 'Euronymous' Aarseth in 1993, which earned him a 21 year prison sentence (the most you can be sent down for in Norway). When arrested, his home was found to be full of explosives and ammunition.

Already indulging in Neo-Nazi and ultra nationalist paganism, his politics grew even more extreme, leading to an attempted breakout from prison where he attempted to escape in a car while heavily armed.

This somehow didn't stop him getting released from prison in 2009, and he has since recommenced his musical career and role as cult figure to other fringe extremists and those foolish enough to still see him as a cult anti-hero.

With all this in mind, why wasn't Norway prepared for yesterday's events? The simple reason seems to be that the antics of Vikernes and his ilk were dismissed as the simple actions of lunatics rather than signs of a persistent undercurrent of far right militancy.

Much as the United States seemed unwilling to acknowledge the threat of Islamist terror until 9/11, so the Norwegians seemed unable to accept the threat in their own midst, instead focusing exclusively on Al-Qaieda and other foreign organisations.

Time will tell, however, if the Norwegians will ape the Americans' mistakes and become ever more paranoid and irrational in their response to this tragedy or will choose the harder, braver option of remaining one of the most open and free societies in the world. To do otherwise would be to turn this crime into a victory for the worst kind of politics.

And more broadly, is it a surprise that non-Islamist terrorists are adopting the tactics of Al-Qaieda and its affiliates? If terrorism experts were far too quick to blame Muslim extremists for yesterday's attacks, that is in part mitigated by the similar tactics used.

The car bombing in Oslo was very much akin to to that carried out in Iraq many times over and which was attempted in 2007 by UK terrorists.

The subsequent shootings on Utoeya Island, meanwhile, have strong parallels with the Mumbai attacks in 2008. The worst outcome of yesterday's events may be that they are a sign of other terrorists adopting the demonstrably effective tactics of their Islamist rivals. This may not be the last such attack.