News round up - NHS reforms 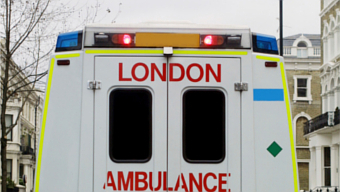 Much of a muchness, and a dash of fudge

There's no surer sign of politicians trying to look useful than whenever they decide they're going to 'reform' the NHS. This has become a once or twice-a-decade event, usually in order to make the government look like it's in control, and to give the theorists and wonks yet more opportunities to meddle.

This year's reforms, proposed yesterday by an independent review, are, then, to be expected - at least in tone - if the news coverage is anything to go by:

Starting at the BBC, it seems the NHS Future Forum, which has written the report after a two month consultation, will conveniently agree with most of the government's plans for reform, allowing the Health and Social Care Bill to proceed once more.

Naturally, rumours abound that some of the reforms proposed by the report are more in line with Liberal Democrat thinking on the matter, as the The Telegraph reports, and so can be seen as sops to the junior members of the Coalition. Naturally, Prime Minister David Cameron insists this isn't the case at all.

This isn't helped at all by Deputy Prime Minister - and Lib Dem leader - Nick Clegg, who, as The Guardian reports, is claiming the amended reforms constitute a victory for his party.

The Daily Mail summarises the situation for Cameron in stark terms - this may be grounds for some Tory backbench MPs to rebel over claims he's 'watered down' some of the more radical proposals.

Indeed, as The Independent reports, many are unhappy that these new reforms have left the more hard-line Health Secretary Andrew Lansley wrong-footed by his own party leader. Caroline Spelman, similarly stitched up after loyally pursuing her government brief, may well sympathise.

Beyond the politics, there are some practical needs yet to be addressed in the proposals. The Nursing Times reports the findings of two think tanks arguing for better training (and better funding for that training) of NHS staff to meet the growing needs of an ageing, diverse population.

Finally, The Economist argues that the end result parallels Tony Blair's own over-ambitious attempts to reform the NHS, the end product being likely, once again, to be "a familiar NHS fudge".