Network Security Challenges in the Internet of Things 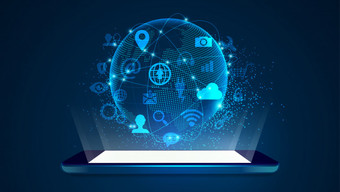 Looking at how security is critical in IoT devices it is critical to understand the basic architecture of IOT devices. IOT architecture can be broken down into four distinct layer’s perceptions, network, middle-ware, and application layer [3]. The first layer is perception. The Perception layer is fundamentally a layer of sensors that have the sole purpose of detecting unique events and logging this data [4]. The network layer of the IOT architecture is focused on the transmission of the data collected in the perception layer. The network layer communicates this information across any reliable network such as the internet, mobile networks [5]. The third layer is the middle-ware layer, which is service oriented. The middle-ware layer is the layer that does the information processing and carries out the action that has been programmed for the task. The middle-ware layer also is the layer that links the incoming information into the database and works to maintain this connection for the IoT devices. The final layer that uses all the information gathered and processed at the other three layers is the application layer. The application layer is the layer that supplies all smart home, smart environment, and smart devices with the information they need to operate [6]. With the understanding of IoT architecture it is easy all the applications that can be made possible by IoT

Although the definitions of Internet of Things (IoT) security has come from the security market, analyst firms and media., but IoT security has been defined and viewed by major IT security providers as an inflection of IT. These two are different although. IT security products and services play a major role in IoT security. But the use of IoT devices in engineering and physically oriented environments (such as manufacturing, transportation or utilities) provides another context for defining IoT security. The fragmented views of IoT security have resulted in fragmented approaches to securing IoT. Threats against privacy attacks are widespread in the society today. Such risks have been one of the primary reasons for various criminal activities that are prevalent in the community today. For example, it is prevalent to get reports which are related to cyberstalking where hackers gain access to private networks for their gains. There are various types of attacks which are associated with this category of threat. One of them includes eavesdropping attack, where an attacker intercept in a private network communication such as a phone call, video conferencing activity, fax communications and other types of connections that happens over a network. A different kind of attack is known as spoofing attack, where an attacker impersonates a legitimate network user to gain access to his or her private network for personal gain. Parallel session attack is yet another significant threat to privacy. In this type of risk, a user records a message from a previous IP communication and uses it in a current communication procedure for attack purposes. The final form of attack against privacy is known as a replay attack. The attacker in this threat category uses valid information under transmission to maliciously repeat or slow down networking procedures for personal advantage or profit.

Middle-ware and application layer of the IoT architecture still rely on authentication like the perception and network layer. Most of the authentication that occurs at these layers are with cloud and virtual machine technologies. Another way that middle-ware and application layer adds more security is through the use of an intrusion detection system. The intrusion detection system monitors the activities of the network and sends out alerts when threats and anomalies are detected. An intrusion detection system is an effective layer of security since their databases keep updated version of known intrusions and approaches. Another approach is done by conducting a risk assessment where it helps to create the justification for effective security strategies and highlights where improvements can be done. These methods applied to the IoT architecture is one way among others of ensuring that security is addressed at every level of IoT systems.

Thanks for the nice blog. It was very useful for me. I'm happy I found this blog. Thank you for sharing with us,I too always learn something new from your post. voyance gratuite