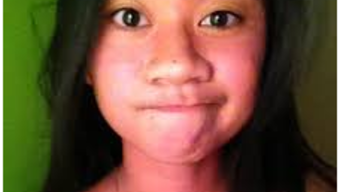 Asian flush is a characteristic being shown by approximately thirty six percent of East Asian people (Chinese, Korean and Japanese) in response to drinking alcohol. It is due to a genetic deficiency of the enzyme acetaldehyde reaction of a person.

The knowledge and information about this alcohol flushing response are generally known by clinicians and most East Asian citizens but there are only few who are aware of the accumulating evidence of this deficiency. Very rare of individuals know how this alcohol related problem is at higher risk of esophageal cancer. Esophageal cancer is considered as one of the deadliest cancers worldwide.

Fact about the syndrome can't be denied. Many clinicians and East Asians have the full awareness that acetaldehyde-deficient patients have a high risk for esophageal cancer if they keep on drinking even just moderate amounts of alcohol. May those who carry an alcohol flushing response treat not the symptoms very lightly but see it as a bio-marker for acetaldehyde-deficiency. With this kind of awareness, doctors won't have a hard time determine the deficiency because patients can freely share their previous episodes on alcohol-induced flushing. These deficient patients can receive good counseling about reducing alcohol consumption.

Based on the sizes of Japan, China and Korea, it is estimated that they have the largest percentage of acetaldehyde-deficient individuals from the five hundred forty million affected individuals in the world. This campaign then can result in a substantial reduction in esophageal cancer deaths worldwide if awareness and solution invade this size of population.

Flushing response knowledge is clinically useful to doctors in identifying acetaldehyde-deficient patients through a simple, cost-effective and non-invasive method. Doctors know their responsibility how should they counsel their patients to stop or at least limit alcohol consumption and from there reduce the risk of esophageal cancer development. Once these things are properly done, a substantial numbers of lives would be saved from the said killing-cancer.

You can do your little contribution in this manner of saving lives from esophageal cancer by starting it with yourself and the people close to you who have acetaldehyde deficiency. You don't need to be medically inclined to work these things out but at least you also have some knowledge about the syndrome.

When alcohol is consumed by acetaldehyde-deficient individuals, metabolism does not properly take place because of that lacking content. When acetaldehyde activity is absent in the body, facial flushing, nausea and tachycardia occurs. Histamine release also takes place because of these unpleasant affects caused by diverse actions of acetaldehyde in the body. You should not just let the intensity of this unpleasant response. Protect your body against the increased risk of esophageal cancer from alcohol consumption through practical and medical steps. There are great alternative medicines that you can take. Consult your physician first before doing any search online. Visit a certain site and hope you may find this website useful to know the right medicines and supplements for you.

It pays to know how and why Asian flush occurs. This is especially true when you don’t want to be in a situation when you will become a center of attention because of your flushed face.