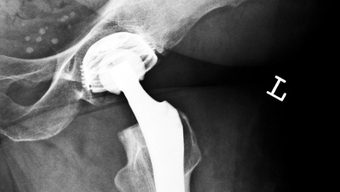 The National Health Service, far from being an innefficient, wasteful, cash drain, as the Health Secretary would have us believe, is delivering first-class service ... well, it certainly did for me!

Is it age, cynicism or fact that the newspapers and TV news only ever play up the bad news in the world? For the past week the news has been about the fact that most of the South East of England is still flooded. What on earth do think will happen when it rains nearly continuously for six weeks! On and off out trots a government minister to apologize – as if it was his fault and all down to the Tories. Of course in some cases failure to build or maintain flood defenses has exacerbated the situation but in most instances it’s just the fault of nature.

In the same vein we are in the middle of the NHS beating period. Every news report I have seen recently on the NHS has been critical and in many case downright dishonest distortion of facts.

If you take a grieving parent or child it is very easy to pose questions that inevitably get negative responses – it is just then the job of the journalist to put together a negative news item. I really feel for the staff of the NHS all over the country that lives with this degree of criticism. What must it do to your confidence to be endlessly criticized by the media? Pretty awful I expect.

Well here is a large bouquet of praise and thanks to the staff of Kings College Hospital in Camberwell and their new orthopedic unit in Orpington Kent. I was recently a patient under their care for a full hip replacement. From the original tests and diagnosis through the operation and aftercare the service has been absolutely fan-‘ bloody’- tastic! If I had paid the quoted £18,000 for private treatment in a London private hospital (and I had been able to afford it – which I couldn’t!) I would not have got better treatment! The doctors were amazing, the anesthetist tutored me on what and why he was doing what he was doing. The food was excellent as was the ward I was in. This was a first class experience and I’m actually looking forward to having my other hip done later this year! Top marks NHS and a very grateful: Thank You!

Here here. It is about time we started to see the good and celebrate success. We are so lucky to have the NHS and it's wonderful staff.