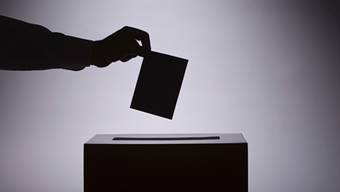 After the battle, what remains of the survivors? In the case of the Liberal Democrats, not very much at all, while their senior Coalition partners have emerged relatively unscathed and Labour, which no doubt presumed it would be otherwise, hadn't quite scored the crushing victory it wanted either.

Take Scotland. (No seriously, please do!) According to The Guardian, Labour lost a fair few seats there during the regional election, making an SNP absolute victory highly likely and with it, a referendum on Scottish independence.

Leader of the opposition Ed Miliband may well ponder how he's ever going to get back into power if the Scots split and take all of Labour's Scottish constituencies with them.

But the drubbings were mostly Lib Dem-related, as The Telegraph reports, with one councillor defeated by an 18-year-old and the sort of appalling results not seen since the party's foundation in the late 80s.

That didn't stop the Tories being the surprise losers in Wales, mind you. The Independent has all the sorry details. For if Labour scored a major victory of any sort yesterday, it was in the Welsh assembly elections, with a good chance of an absolute majority of its own.

(Of course, the results now suggest they will need to form a coalition of their own.)

Nick Robinson at the BBC says Nick Clegg's leadership is, however, not in doubt, which seems to hint at the harsh truth that he's the nearest thing to a leader the Lib Dems can find and they're stuck with him.

Elsewhere, as the not-at-all Clegg-friendly Daily Mail puts it, he is not only facing a rout of his party but also a resounding defeat for his Alternative Vote system, the electorate bluntly telling him to get knotted on all fronts.

Indeed, the downward spiral from 'Cleggmania' to 'Naff Party No One Likes' has been dizzyingly quick, according to Sky News.

Finally, the New Statesman argues that the one thing which stopped Labour triumphing yesterday was its over-insistence on painting the local and regional elections as a referendum on the Coalition and not focussing on local issues.

For all the polls, it seems Miliband and co. have a long way to go before he can move into Downing Street. As for Nick Clegg, one only hopes he has a nice ermine parachute lined up for him.