Inverter Generators: What You Should Know 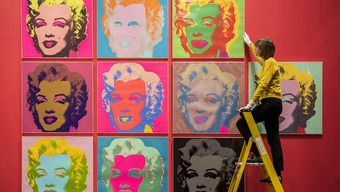 One of the reasons why people prefer to get this type of generator is because of its portable design.

Technological advancements continue to bring about numerous innovations, and among these include cheaper power options which are a lot different from what was mostly used in the past. Generators have been the same for a very long time now, and since the time of Edison, it hasn’t changed much. It has always consisted of a power source that rotates within a magnet within a copper coil, and the result of this is electrical current.
The introduction of inverter generators changed the conventional mechanism. The Honda EX300 is among the earliest set of inverter generators to be released, and this was in 1987. However, the generator had a few shortcomings, and the most common was the square wave output it had. The use of the generator was limited because of this, and it was only after a year that the error in the generator was corrected.
EU9i was then released in 1988, and unlike the Honda EX300, it consisted of a true sine wave output. After this improvement, Honda has led this technological space and has brought so many other designs into the market space. There are now many inverter generator designs from the company, with many more to be introduced in the nearest future.
But what’s special about inverter generators? One of the reasons why people prefer to get this type of generator is because of its portable design. Inverter generators are mostly lightweight, consume little fuel, and offer stable and clean power. With this generator, you can carry out your daily activities quietly. If you want to know about that, you should have a visit page!!
The generators are built with a myriad of convenient features included, and here are a few of these features:
• Fuel meter: The fuel gauge is necessary to alert users of the fuel level so that they can be aware of when the level is low
• Low-oil indicator: Like the fuel gauge, the low oil indicator also helps users to know when the level of the oil is running low.
• Wireless remote start: There are different types of starting mechanisms included in generators, but inverter generators mostly feature the option to start and stop the generator with the aid of wireless remote start. However, to use this, you need to be nothing more than 300 feet away from the generator.
• Hour meter: This is a LED display that shows the watts in use, running time, and other key features of the generator.
• CO guard: Carbon monoxide poisoning is not something anyone will want to experience because of the adverse health effects it leaves. Most inverter generators are designed to automatically shut off whenever the CO emission of the generator becomes higher than it should.
There are so many other amazing things about inverter generators, but we have only highlighted a few of these features.

This cleaning habit is best for the human if you want more services for house cleaning so you can easily get in touch with digital transformation strategy consulting. He is also a service provider who can maintain all the platforms for cleaning at affordable prices.

Mishal Alwin is the owner of brand equity, she is running their own business and the online company of digital transformation, now she is searching for a brand equity management, for their employees to guide them about all the skills regarding their organization of young and entrepreneurial people focus to stay relevant for our client-base by providing them the most up-to-date solutions.

Shabnim Ismail is a person who wants to give his services to those, who are looking for the better opportunity nowadays. Now she is very happy to collaborate with some of the world’s most renowned global corporations, such as Samsung, Nestlé, and Etisalat.