In the midst of a New World Order 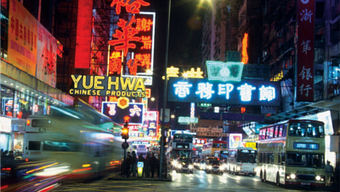 Those of you who keep up with current affairs will have noticed a distinct shift of emphasis from the news media recently. All the news from the Far East is upbeat and very positive, whilst the news from the West is full of caution and caveats. In other words, not quite doom and gloom but pretty close.

China, India, Malaysia and the Middle East are in clover. Alongside massive output and productivity, they also have a cash liquidity that we in the West can only dream of, or yearn for from times past.

Yes, we are all witnessing possibly the largest economic re-alignment since the birth of the Industrial Age. Power is no longer denoted by armies and battleships, nor dependent on territory or national boundaries. Power now lies in low cost labour combined with an  insatiable desire to prosper and succeed.

In many ways the West is reaping what it has sown and there is very little we can do about it. The emergent economic powerhouses are not burdened by trillions of dollars of national debt. Indeed, they are sitting on enormous cash surpluses of Pounds, Dollars and Euros – so much so that they can now exert enormous power over our economies.

On BBC Hardtalk this morning, US Assistant Secretary of State Philip Gordon was asked if he thought the USA was losing its power. Rather than reject the notion, he acknowledged the new reality without sounding defeatist. He then talked about US culture, history and resources – none of it sounding like he really believed in what he was saying.

No, the world has changed and we’d better get used to it now, or we are going to be left behind as an economic backwater. We may not even have a seat at the G20!

Now if you think this little scenario is bad news, there's more. What if South America became a single market place like the EU, or all the Islamic countries decided to become a single political bloc? This alone could swing economic power into their control far more than the oil they have now.

We are in this new order and we’d better start cutting our cloth to match. The spending days are over and hard work is all that awaits future generations.

Even if they do work themselves to the bone, our grandchildren and great grandchildren have little hope of clearing the £4.8 Trillion national debt we have bequeathed them. For those who like numbers when referring to money that’s £4,800,000,000,000 or £77,000 for every man woman and child in the UK today!

I love your image at the top with the Neon-night of Hong Kong (where I was born) on Nathan Road in Kowloon. Yue Hwa Emporium is one of the shop I have to drop in every time I got back to Hong Kong with all its Chinese products especially those lovely chinese ceramic vase, figures, displays etc.....

Perhaps more correctly we are loosing power not to the likes of China and India as much as we are to the corptocracy. They didn't have to leave the west, they went for bigger profits. A strategy that can only work for so long. Now China is beginning to overheat and inflation in Russia is running at 9% so the wave is beginning to wash up on the other side.   I think there is much more of this story to unfold before this is over.