In Search of Shakespeare: The Lost Years 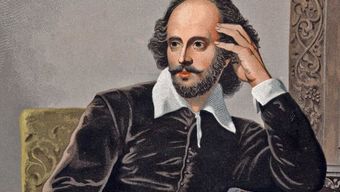 I have noted on multiple occasions that many of Shakespeare's plays have aspects about them that seem to border on the sadistic and there has been much in the way of speculation in regards to this matter. Could it be that the Bard was simply playing to the masses and humanities inherent desire to see the suffering of others?

Perhaps Shakespeare was putting these issues forth as something of a moral lesson to be taught by bearing witness to these actions being visited upon the heads of others. Or could they have just been in there for their stage value... be it shocking or comical? It is hard to say for certain, but this installment of, "In Search of Shakespeare" touches upon another possibility for these elements being present in so many of William Shakespeare works.

This being the fact that during the time when these plays were penned, public executions were still a very real and very common part of the English populous' everyday lives. Not only that, but these slayings were often thought of as spectacles to be attended and admired, much in the same manner of the gladiatorial games of the ancient Greeks and Romans.

The people of England had a taste for blood and for the darker elements of the human experience, and this was something that Shakespeare was well aware of. There is little doubt, being the showman that he was, he knew that he had to do something in way of competing with these true life and death struggles and tragedies that were both welcome and common events during this period.

How could a play, no matter how touching, regardless of how dramatic, hope to compare to the emotion elicited from seeing someone losing their very life in a public forum? What could he do to appease those so used to the sight of blood and the conclusion of the human drama? How could his staged swordfight and feigned dagger blows compete with the grim reality of the chopping block? Well, to be frank, it could not. So, Shakespeare had to go beyond the mundane and find a means by which to feed the jaded addictions of the crowd's blood-thirsty appetites. He could not hope to match blood with blood, but what he could do was delve more deeply into the darkest recesses of the human psyche and bring forth the fruits of suffering to let the masses sup upon.

To this end, instead of bathing the stages in blood, Shakespeare instead showed them the prolonged agony of torturous cruelty. He illustrated that the barbs of sadistic planning could easily cut deeper than the tines upon any scourge's whip. In this, the sadism of characters such as Puck became a means to an end in a way. They fed the crowd's baser desires on another level, instead of pointlessly trying to butt heads with an obviously superior product.

If you want to learn more about Shakespeare, many professional essays and studies are widely available online.

Your post is very good and also very informative I like it so much and enjoyed so much reading it. I want to you post these kinds of things at https://www.assignmentgeek.com.au/assignment-help/sydney/ here they will also enjoy reading your posts like this.