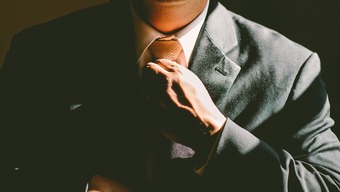 At age 44, I decided it was time to get my Bachelor's Degree. I had attended a couple of junior colleges in the past, so I already had 21 credit hours (only 12 would count towards my major). One hundred and eighteen credit hours later, at age 47, I finally had my degree. However, getting that degree turned out to be emotionally harder than I could have ever anticipated.

Because I wasn't the typical post-high school student, my university labeled me as "non-traditional" and I think that term sums it up pretty well. I can assure you that my experiences as a college student were definitely not the same as they would have been had I been a "traditional" student.

One of the hardest things I had to deal with was the feeling of not fitting in with the rest of my classmates. That may sound crazy since "fitting in" is usually something a teenager worries about, but the truth is, I felt very conspicuous and vulnerable, especially on the first day of classes. So many of the kids already knew each other, so while they were laughing and talking, I was hunkered down at my desk hoping no one was staring at me, or wondering who the "old lady" was.

I ate lunch by myself nearly every day and I never stopped worrying about if I really stuck out like a sore thumb or if I only thought I did. I constantly battled with myself as to if I wanted to be an invisible loner or if I should try to befriend some of my fellow students. I just couldn't figure out where I belonged. It was really an awkward position to be in.

Group projects were particularly uncomfortable for me. As the oldest person in the group, I was either looked at to run the whole thing or thought to be completely out of touch with the issues important to the younger generation. Either way, my grade was at stake, so I did what I could to make sure the grade was a good one.

Sometimes that was hard to do, especially when my fellow group members neglected to come to class. It didn't take long for me to see that traditional college students skip a lot of classes, and not always for the best of reasons. I, on the other hand, was afraid to miss even one class. I was very fearful of falling behind or not understanding something.

I was not ready for college when I graduated from high school. When I was finally ready to go, circumstances prevented my attending. Therefore, by the time I actually got to the university, I recognized the truly great opportunity I had before me. I was determined to learn as much as I could and to hopefully carve out a brighter future for my son and me.

In contrast, a lot of kids who were fresh out of high school felt that the college experience encompassed a whole lot more than just attending classes and making good grades. They were, of course, correct in thinking so. On our campus, there were events planned almost every night of the week. Meeting people, partying, and "hooking up" were on a lot of students' minds. So it’s no wonder many of them had serious issues with finishing research papers on time.

That was the area where our differences stuck out the most. Unfortunately (fortunately?), as a single parent with a part-time job, social development through partying or participating in college organizations had to be low on my list of priorities!

The weirdest of my college experiences was having instructors who were my age or younger. This wasn't so much a problem for me, as I have great respect for anyone from whom I can learn. However, I was often the only person in my class who truly understood the 80’s punk references or who had watched Roots when it first aired on TV. That (sort of) helped me form a kind of camaraderie with the instructors, but certainly didn't help me blend in with my classmates.

Now that I am (finally) out of college, I see how ridiculous it was for me to even care what the younger students or my instructors thought about me. I wish I had been able to let go of my self-consciousness while I was there - my experience might have been a little less stressful. However, I did learn that stepping outside of one's comfort zone is never really a bad thing. In fact, I have a degree on my wall that proves it.

Your age is not a deciding factor if you would be able to get admitted to the university. There are so many old people at the university of derby diploma who are pursuing a degree right now.

I have been using the services of nd-center.com for years now and it has not disappointed me one bit. I really urge to you all to atleast go and try their services out. You guys will seriously not regret using their services at all.