How fast are 3D Printers? 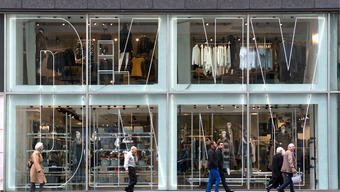 3D printing has risen to a whole new level, and it gives us the ability to bespoke objects at an affordable cost from the comfort of our homes.

3D printing has risen to a whole new level, and it gives us the ability to bespoke objects at an affordable cost from the comfort of our homes. When it comes to the speed that these 3D printers take to build a part the answer is it depends. Several factors influence how fast a 3D printer will take to create a particular object. When purchasing a 3D printer, you may be given a build speed range, but that's because there is usually a known material in consideration. That estimate does not indicate how fast the 3D printer can build a particular part. A few factors that influence the overall speed of a 3D printer, and we have listed some of them below;
Extrusion nozzle opening size
The nozzle opening contributes immensely to how long it takes to build a particular object. The bigger it is, the faster the nozzle can release more material. When the nozzle opening is smaller, it will deposit less material per time, therefore, taking longer.
Size of the object to be printed
It's no secret that a smaller part will take a shorter time as compared to a larger one. The speed will differ as more work will be dedicated to the more significant piece.
Build bed orientation
There are two types of orientations, X-Y orientation, and Z orientation. Usually, the former is built faster than the latter.
The material used
The material chosen differs, and each one flows at a different rate from the other. It all depends on the material's chemistry.
The complexity
Every 3d printer in the UK is built to handle building complex parts, but some may have many curves, angles and some geometric features that may not be as straightforward. Such pieces usually take longer than the easier ones which tend to assume the box type shape.
Object’s density
When building a fully dense part, it takes a longer time than creating one with filler support.
The parts required resolution
Resolution plays a significant role in determining the speed of the printing process. For a piece that requires smooth finishing, then building it will be relatively slow to avoid making mistakes.
In as much as the above factors contribute immensely to the overall speed of 3D printers, there are three sets of printing speed that every 3d printer in the UK can comfortably support. The first prints at around 40 to 50mm/s the next one is at 80-100mm/s, and the last set goes to speeds of up to 150mm/s. However, it's worth noting that the higher the rate the lower the quality of the part is likely to be.
3D printers, however, vary from one to the other, before purchasing one ensure you get to know what type it is. Whichever your needs are there is always a 3D printer for you. Consider the nozzle and its speed if you want to achieve fantastic results. The time required to build any part will always vary, so it's crucial to consider all the above factors to get a precise estimate.

I recently got a 3d printer so that is the reason I decided to design a garden nozzle which would create pressure. I need it so that I can quickly water my whole garden with this nozzle.

The processing speed of 3d printers depends on the actual design which they are making, if its something large then the cheap eddm printing at 55printing.com can boost to help the speed with its different machine powers, and they have got many different helpful materials as well.

Complexity of the design is a factor