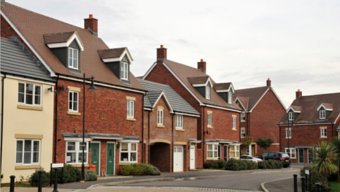 Posted on: 16 September 2010 by Stewart Andersen

The worst may be over in the housing market, but the future is still far from clear

It would appear that much in the housing market will depend on proposed major government cutbacks in the near future and whether there are large-scale redundancies. Mass unemployment could be disastrous.

David Adams, Head of Residential at Chesterton Humberts, comments: “As predicted, there has been a price correction of approximately five per cent over the last two months across London and most of the country. This was a necessary adjustment after the price surges in the first half of the year that came as a result of the severe shortage of new property coming to the market.

“While not admitting that they are reducing funding, bankers have expressed concern to me over what is happening in America and Spain, leading to hesitation on lending money to other banks and a shortage of money to lend. The government may need to take action to ensure that further mortgage rationing does not unnecessarily further impede the market.”

If the same banks that were handed a massive cash injection by the Brown government would provide sensible help for individuals to obtain mortgages, they would also help the economy. There are plenty of families in the UK that need a larger home and the future of the property market may well come down to whether those same people have jobs, whether credit is more readily available and whether they can afford to move.

The second half of this year is starting to see a two to three per cent slippage as prices have cooled (property values are always cyclical) and it’s important for mortgage lenders to act now to ensure that buyers can access the funds needed to purchase homes.