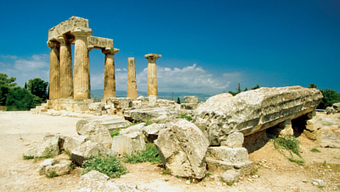 First the hamartia, next the nemesis

Greek Prime Minister George Papandreou may be the world's luckiest man right now, after his government squeaked by on a confidence vote as Greece balances on the edge of economic ruin.

And it was indeed victory by a squeak, as the BBC reports, with him scraping past with a majority of only 12.

In any case, the victory will be pyrrhic, as public opinion (and a large numbers of protesters outside) remains strongly against Papandreou and his austerity measures, according to The Telegraph.

Nor are the all-important bond markets impressed by the results either, as The Guardian notes, with one major trader predicting a default.

We have little to be thankful for either, it transpires, for The Daily Mail reports that the UK economy could be hit to the tune of £366 million if the Greek tragedy continues to unfold.

And The Independent is warning that Papandreou is most assuredly not out of the woods, as a vote next week may well scupper his economic plans.

The Economist continues with a report on what the rest of Europe is doing – mainly arguing and failing to agree on anything, meaning the Greeks really are in trouble.

And finally, The Morning Star reports on a little-covered factor in the equation. Strikes in Greece's power sector are leading to major black-outs across the country, which will only get worse in the wake of last night's vote