Getting You Ideal Body Weight Through Bariatric Surgery 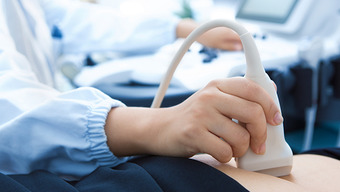 There’s no shame in wanting to undergo bariatric surgery if you are overweight or obese. Nearly 40% of people living in the US are obese.

This affects their productivity and overall quality of life. A study conducted by Swedish researchers revealed that gastric bypass surgery for obese women prevented congenital disabilities in infants. So, if you are obese and have been unsuccessful in losing weight through nutrition changes and sports, you should visit Dr. Chad Carlton, an experienced bariatric surgeon in Frisco, TX.

What Is the Role of Bariatric Surgery?

Bariatric surgery is a recognized alternative to weight loss once all the other interventions fail to show any success. The role of bariatric surgery in adults is to treat obesity effectively as well as poorly controlled type 2 diabetes.

Bariatric surgery in adolescents, however, has been a subject of controversy due to the potential risks associated with it. Aside from the uncertainty of its efficacy, bariatric surgery in young people can result in nutritional deficiencies because they have not yet attained physiological maturity.

Bariatric surgery is safer than other forms of weight reduction surgeries like gall bladder surgery. Additionally, although it may seem expensive, undergoing this surgery prevents further health complications that would require extreme measures and even more costly treatments.

A report by the Journal of the American Medical Association revealed significant body weight loss among patients who underwent gastric bypass as well as sleeve gastrectomy. What’s more, is that both of these surgeries contributed to partial or complete remission of type 2 diabetes.

Despite these benefits, bariatric surgery has been underutilized mainly due to weak capacity, public perception, and inadequate coverage by insurance firms. Failure to consider obesity as a disease has caused immense suffering for patients that can’t afford treatment without insurance.

Similar to any other surgical procedure, patients must always discuss the potential risks associated with bariatric surgery. Before surgery, patients receive counseling on postoperative care.

Once you have been discharged after bariatric surgery, your diet should consist of non-caffeinated, non-alcoholic liquids, moist solids, and a slow transition to regular food ten weeks after surgery.

Some of the potential complications include:

An anastomotic leak is a complication that may occur after surgery whereby luminal contents leak, causing abdominal pain, fever, and even death. This leak happens a few days after surgery and can treatment depend on the severity.

Antibiotics are often the first line of treatment, followed by percutaneous drainage, which can only be done by an experienced radiologist.

An internal hernia occurs due to the protrusion of bowel contents through a congenital defect in the abdomen. If this happens, patients may experience constipation, nausea, and inability to eliminate gas.

Other complications include ulcers and gallstone formation as a result of rapid weight loss.

Patients must be willing to make a few changes to prevent any postoperative complications. These include proper hydration, correct medicine use, contraception, and overall dietary specifications.

In the end, people must not entirely rely on bariatric surgery as a fail-safe for obesity. Lifestyle changes are not only inexpensive but are also the best preventive measure with a myriad of health benefits for everyone.

The number one thing I look for in a site is quality. That’s the biggest reason why I opted for this site cooltone raleigh. I knew very well they will fulfill all my requirements perfectly without any complications.