Forgiveness is the Highest Act of Love 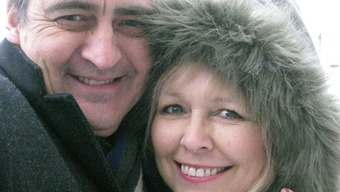 We have wrestled hard with forgiveness in our marriage and come out the other end, wounded but mostly healed and renewed.

In all marriages, partners hurt each other. Some hurts inflict deep wounds and heartache that you think you will never recover from. Other hurts are those daily attacks and insults that stockpile and erode your sense of emotional safety and connection.

Many couples who have made serious mistakes in their marriage come face to face with the challenge of forgiveness. Those who have the courage to embrace it, discover that to give and receive forgiveness is the highest act of love.

Forgiveness is not automatic. It doesn’t just happen if we shrug off the offence and put it out of mind. The buried hurt will lay dormant and eventually erupt. Nor is forgiveness instantaneous. It requires commitment to walk through a deliberate process over a passage of time.

The first step in the process is to name the offence. The injured partner must be able to identify and describe the actions that have caused harm. The injured partner has to feel and express the gamut of emotions. In the case of small daily slights, feelings might be as simple as annoyance, exasperation and disappointment. In the case of major offences like infidelity, financial disaster or addictions, emotions run deep and can include shock, rage, betrayal and loss of trust, violation, disgust, shame and humiliation and abject grief and sorrow. The exploration and venting of emotional pain can take quite some time and there are no short cuts on this difficult rocky track.

The healing process after an affair requires a scathingly honest exploration of the underlying issues, examining why such a breach of the marriage occurred. Adultery requires both partners to have the courage to face moral scrutiny of themselves and each other.

And that’s where forgiveness comes in. What exactly is forgiveness? To receive forgiveness necessitates accepting that you’ve done something wrong and hurt your partner and that you feel genuinely sorry. True transformation comes through an experience of remorse, which is only possible with an ability to empathise and feel compassion for your partner’s pain.

To extend forgiveness in essence means to PARDON. It means to free the offender from retaliation, punishment and retribution, now and in the future. To use a business analogy, it is to free someone of a debt.

To forgive the partner who has hurt you allows them to be absolved and set free without punishment, which in marriage usually takes the form of recriminations, sniping and hurling reminders of the past offence during an argument. Forgiveness means giving up this form of torment.

But there are rewards for the forgiver too. Forgiveness allows the hurt partner to be freed from carrying a burden of pain, which is debilitating and soul-destroying. The process of letting go of pain is hard and requires daily effort. Supportive counselling can facilitate the process, so can spiritual practices such as prayer. I believe the art of forgiveness requires divine help.

People who have been heartbroken by unfaithfulness and then choose to stay in the marriage bravely set about the process of releasing shock and disbelief, grieving the loss of the sexual and emotional intimacy and romance that was special and private between them and letting go of anger, bitterness and the desire for revenge. And most importantly, the couple sets about building a new life together, with strengthened commitment and boundaries.

I know a devoted couple in their 60s who survived his adultery. It took two years for the wife to recover from the trauma of feeling her whole world had collapsed and embrace forgiveness. However, now they travel Australia in their retirement, holding hands and gazing into each other’s eyes, cherishing each other.

Forgiveness is the essential part of an arduous healing process. Just as physical injuries take time to heal, so do emotional injuries. The desensitising of the wound can take months or years. Time itself does not perform the healing. A passage of time allows the mind to actively process the trauma. Healing can only occur when you allow yourself to feel, not repress emotions. People who don’t heal traumatic hurts through forgiveness can carry festering wounds for a lifetime.

If there’s one thing our hatred-filled, war-torn world could use right now is forgiveness. But let’s start on a small scale. If you have been deeply hurt by your wife or husband, the one person you trusted with your heart, forgiveness will be the most challenging gift you’ll ever give. But the rewards are great. Forgiveness is the key to emotional healing and the restoration of trust, love and happiness.