Foreign aid too costly for Britain 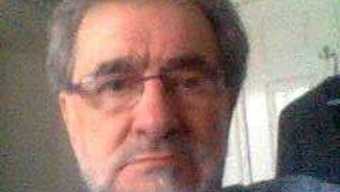 Having forked out £billions in aid in 2009, UK politicians and commentators are questioning the value of boosting emerging economies such as Vietnam, India and China. And I agree with them!

I’ve lived on this earth for over 66 years and have yet to hear a simple, easy-to-understand explanation of why we pay so much overseas aid every year. Last year we forked out a staggering £7.7billion, or £350 per UK taxpayer. Now I’m all for helping those that can’t help themselves, but this seems over the top.

In the past, this was never questioned and just seemed to ‘slip through’ in the budget. Now that we are counting the pennies ourselves, though, international aid is being looked at.

There are lots of stories of despotic leaders in developing countries skimming money off the top of development grants and humanitarian aid for their own use. A friend of mine,  who is Nigerian, joked that the aid payments go into the central bank where they do a 180 degree turn and travel straight to Switzerland to someone’s numbered account.

It seems to me that we are being taken for schmucks when it comes to foreign aid payments. We are still sending development aid to India and China, which are hardly impoverished the way their economies are booming at present. Maybe some of their billionaires should take our place and help the poor in their own countries.

Last month in Afghanistan three high ranking bankers were accused of a massive fraud involving hundreds of millions of pounds moved to Dubai. This was used for the purchase of dozens of luxury villas. A large chunk of this money was aid from the West.

There is widespread and blatant corruption in the Afghan government. It seems stupid to keep shovelling money in. Let’s stop it now and put the money to good use here in the UK.

Then we come back to Africa, a continent so rich in minerals and prime land that it should be funding us, not the other way round. The West has been pumping money in the African continent for the past 60 years and the place hasn’t improved one jot. Let’s just stop wasting the money.

Foreign aid seems to fund despots, wars, corruption, drug-running, fraud and crimes against humanity. Why are we paying it at all? Nick Clegg says that it’s to keep us safe on our streets and free from terrorism. Rubbish! If we used the same money to increase our security, put more police on the streets and lock-down our borders, we’d still have a lot of change left over.

Let’s take the foreign aid budget and spend it here. With all the cuts on their way, it would certainly help reduce the nation’s deficit. Am I being isolationist? Yes! I think charity should begin at home, where it is appreciated.