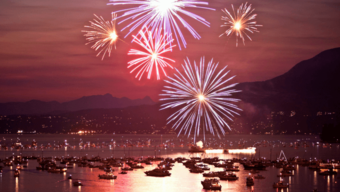 The magnificent Great White North a.k.a Canada is one big potpourri of diverse culture and nature. The result is an amazing collection of festivals and events that fill up its calendar through and through.Canadian festivals revolve around so many topics such as art, cuisine, cultural and some insanely unusual themes that you will come across colorful city celebrations to charming countryside towns engaged in bustling festivities and cultural events on a Canada trip. 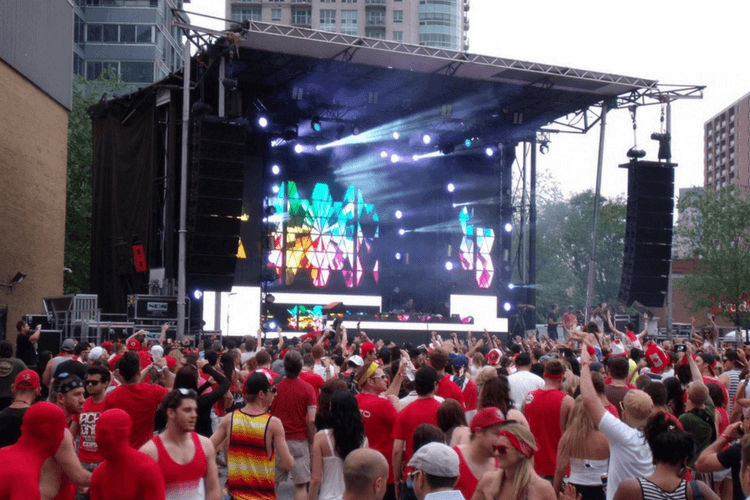 Canadians love music and it is reflected through the number of Canada music festivals they have which showcases that they ardently follow a variety of music genre and celebrate it in larger than life style. Be it international music, country, trance, jazz, electronic or hip hop, there are music fests and concerts held in different nooks across Canada. At these festivals, there’s loads of food and fun involved along with splendid music performed by local budding artists as well as some of the finest and popular music artists. Here are some outstanding music festivals that you ought to visit to experience for its extravagant verve.

Fact 1: Montreal is home to the biggest jazz festival in the world – Montreal International Jazz Festival. This 11-day long festival features performances from over 3000 artists from all around the world and attracts approximately 2 million guests every year.

Fact 2:  Coor Lights Snowbombing is termed as Canada’s Greatest Music Festival on snow held 7060 feet above on the snowy slopes of Sun Peaks in British Columbia. So, there’s skiing, snowboarding and many winter activities to keep you entertained till it is time to party hard at the live music concerts.

Fact 3: Folks on the Rocks is one of Canada’s top 10 music festivals which is held in the land of Northern Lights – YellowKnife in Canada’s North West Territories.

Fact 4: If you are a country music fan, then don’t miss the greatest and biggest country music concert on earth – Boots and Hearts held at Ontario.

Fact 5: Centre of Gravity is not only one of Canada’s extravagant music festival, but also one of the best beach festival where music and sports are fused to created an adrenaline fueled festival like no other. The festival takes place at the shores of Okanagan Lake and Kelowna’s City Park.

Fact 6: The Montebello Rockfest is the largest rock music festival in Canada and the event has some renowned artist performances. The festival is held at Montebello in Quebec.

Fact 7: Calgary Stampede - considered as the Greatest Outdoor Show on Earth is an annual rodeo event but attracts visitors for their love of country music which is one of the biggest highlights of this event. Calgary is also the location for Western Canada’s biggest outdoor electronic festival known as Chasing Summer.

Fact 8: If you are a fan of Bach and love his symphonies, then you can listen to those melodies as well as certain new versions and improvisations at the Bach Festival held in Southern Ontario. The festival is held over a series of days all over Ontario’s cities in tribute to the famous musician Johann Sebastian Bach and revolves around his creative works in music.

Fact 9: There is a music festival solely focused on women artists held in Lockeport, Nova Scotia. The Harmony Bazaar, Festival of Women and Song is the only festival in Atlantic Canada which showcases talent of female singers and musicians in Canada at one single spot. It has increasingly allured visitors year after year putting many female singers’ hidden flair in spotlight for the crowd to enjoy. 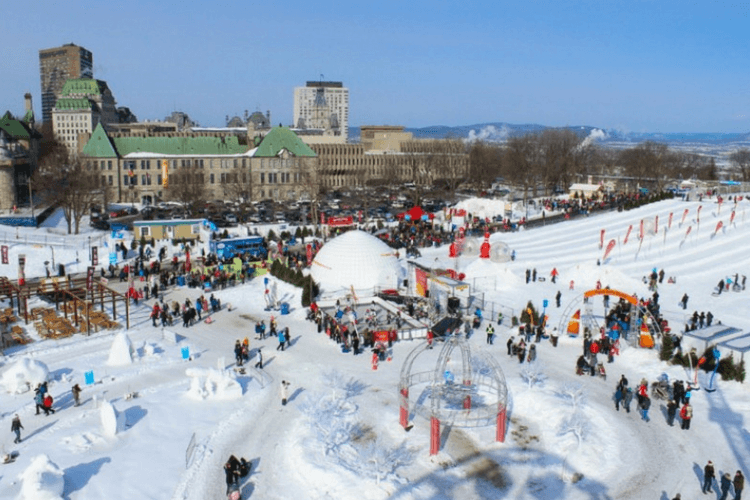 Usually when there are subzero degree temperatures, after a waist deep snow fall, people usually find it as a way to sit at home, but in Canada, locals find this as an opportunity to have some winter fun by hosting Canada Winter Festivals. Here are some interesting ones.

Fact 10: Winterlude – A three week long Winter Festival held in February, this winter fest in Ottawa puts forth a host of winter activities such as ice-skating on world’s longest rink, hockey tournaments, ice sculpting competitions along with fun, music, food which turns this state into one of the largest outdoor Canada festivals.

Fact 12: Winter Festival of Lights is yet another amazing Canadian festival where the Canadian side of Niagara Falls is illuminated to create a kaleidoscopic stretch of wintry wonderland which plays hosts to concerts, light shows and fireworks from November till January.

Fact 13: Toonik Tyme is celebrated in Nunavut in joy of sunshine which is absent mostly throughout winters in this region. It holds an array of unusual winter activities and contests you’ll seldom come across in Canada such as ice fishing, igloo building and seal hunting. 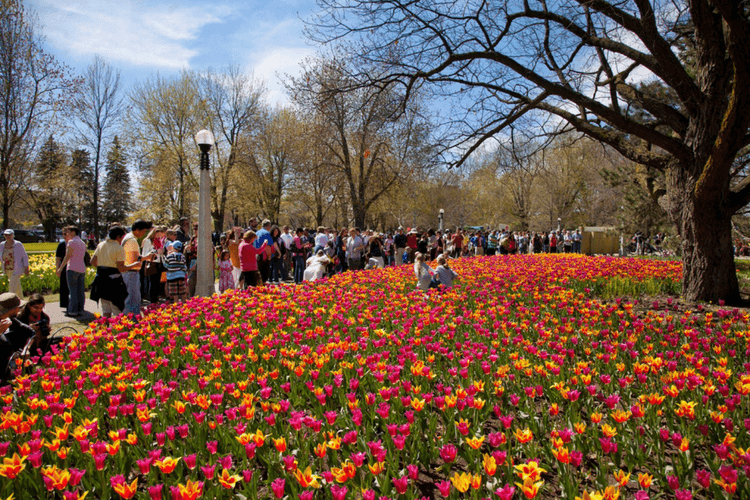 When it comes to lush foliage, Canada boasts to be the premiere destinations blessed with an astounding abundance of nature’s beauty. Canada’s floral festivals are some of the most refreshingly flamboyant festivals you will ever witness in your lifetime.

Fact 11: Ottawa plays host to the world’s largest tulip festival. It all began as a gesture of gratitude from the Dutch Royal Family who sent 1,00,000 tulips as a token of thanks to Canada for offering a safe place for the Princess of Dutch during the birth of her daughter at the time of second world war. This gave rise to the annual tulip exhibition in Ottawa which turned into the Canadian Tulip Festival. Presently, Ottawa exhibits more than a million colourful tulip flowers throughout the capital city.

Fact 12: Speaking of flowers, there’s another unique floral festival held in Vancouver which has over 40,000 cherry trees which burst into beautiful hues of pink and white blooms just as spring arrives. The Vancouver Cherry Blossom Festival is held in the months of April and May honouring Japan who gifted around 800 cherry trees to Vancouver, thus making Japanese culture the prime highlight of the Cherry Blossom festival. 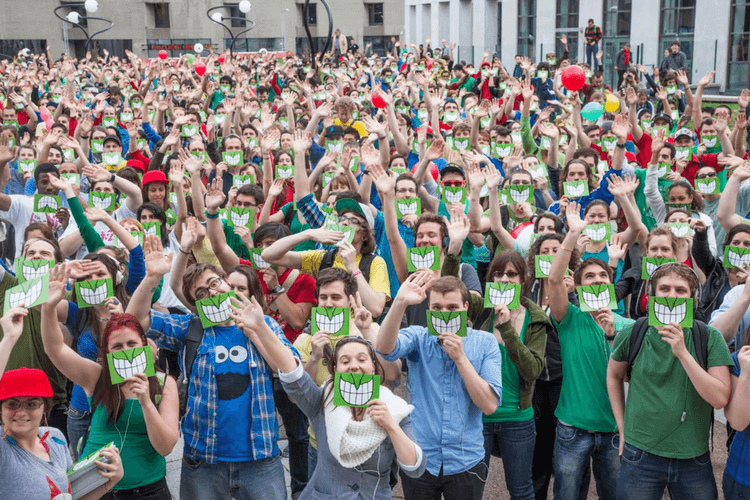 Fact 13: Canada knows how to have a good laugh! In fact, they have dedicated festivals where families and friends gather up for a fun night filled with rib-tickling comedy and laughter. Montreal Just for Laughs festival is by far the world’s largest and most popular comedy festival featuring stand up acts and skits from popular comedians and famous actors.

The art scene in Canada is as versatile as its interest in music. Across the country, you will come across plenty of art shows and events that reveal Canada’s immense interest and skill in arts.

Fact 14: Nuit Blanche is one of a kind art festival that is held in few cities around the world where from dusk till dawn, the city comes alive with various art and cultural events. This all-nighter event tradition has maximum exhibitions in Canadian cities where people spend one sleepless night to roam around the city exploring art installations, illumination shows, contemporary art staged of local artists throughout the night. 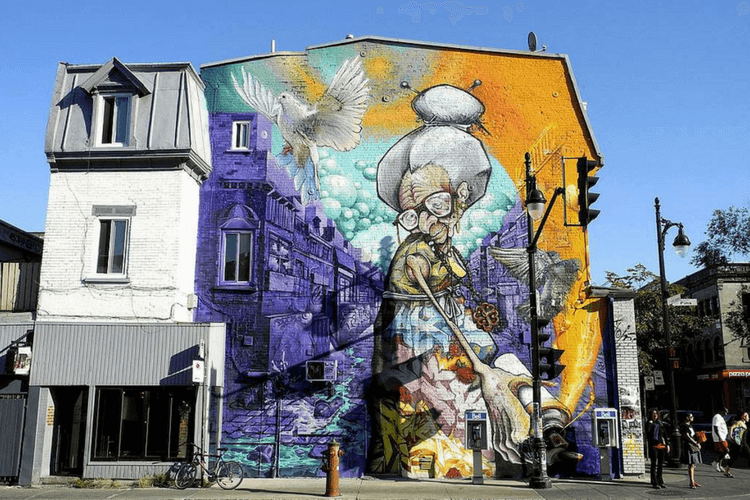 Fact 15: Montreal’s Mural festival is an extraordinary platform where artists can exhibit their street art throughout the town making it one large open-air museum for people to witness the art scene of local and international artists. 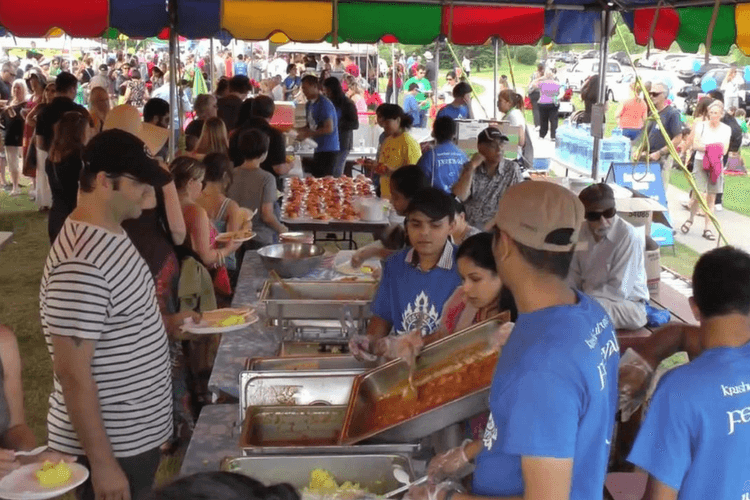 What about the food festivals in Canada? It is as diverse and colossal as the rest of the Canadian events and festivals.

Fact 16: Canada has festivals for all kinds of cuisine and produces. The country celebrates its impressive abundance of fresh produces - There’s peach festival, pumpkin festivals, wine festival, maple syrup festival, cherry festival; they even celebrate their superb cuisine - there are even poutine festivals celebrated – the biggest one is held in Drummondville, Quebec and Burlington Ribfest is Canada’s largest Ribfest held at Burlington Lakeshore.

Fact 17:  If you want to sample some delicious range of gastronomy then Dine Out Vancouver Festival - The country’s largest restaurant festival holds a 17-day long event showcasing cuisines from more than 200 restaurants.

Fact 18: The Canadian Niagara Falls is more than just a sight of natural wonder. The surrounding areas are renowned for its vineyards and wineries which became the highlight of wine festivals around this region. There is Niagara Grape & Wine Festival which celebrates the harvest season and Niagara Icewine Festival which is held during the winter months, both focuses on the wide variety of local vineyard produces along with culinary treats and entertainment.

Fact 19: Some of Canada’s festivals are really off-beat. For instance, there is a Rock Scissors Paper World Championships held in Toronto every year where this familiar decision-making game is taken every seriously and the winner gets around $10,000 worth prizes. The Collingwood Elvis Festival is another unusual festival where people around the world arrive here impersonating Elvis Presley to pay tribute to the legend. There’s even an International Hair Freezing contest held in Yukon where people soak their hair in Takhini Hot Springs and shape it up in creative ways to form weird hair sculptures when it freezes. 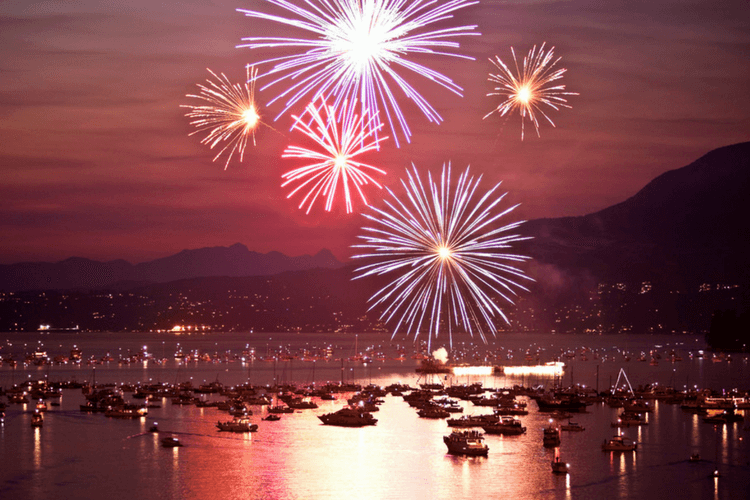 Fact 20: Vancouver Celebration of Light is the world’s biggest fireworks competition and exhibit held over three or four nights in July or August where the dark skies dazzle with bursting fireworks and shimmering colourful lights.  The competition gets three of world’s leading companies to put up an extravagant firework display synchronized with music filling the ambiance with a spectacular performance of sound and light.

Fact 21:  Canada even celebrates its change of seasons with Yellowknife Summer Solstice Festival where the locals gather around to take joy in longer days and join in merriment with music, cultural events, and food.

Canada is a country where you can find new, unique experience from one coast to another; all you have to know is where to find them.  So whenever you are on a Canada holiday, the country guarantees you a great time with everlasting memories and loads of entertainment in addition to its natural splendor, cultural spirit, and amazing attractions. So get ready for a fantastic time in Canada, contact a Canada travel expert and Canada visa agency to plan out your vacation and come and join the locals and other travellers to watch Canada’s stunning cities transform into frenzy get together.

In terms of quality of services this site https://www.australianwritings.com/ stands out. This is the biggest reason why I choose to remain here. Highly recommended to you guys.

With no regrets I will always choose indexstudents. Because they are always there to help me in tough situations. This is actually worth it!