Falling inflation, G20 progress and an England win at the Euros 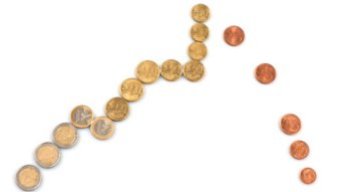 Silver linings all round! Well life isn’t all bad if yesterday is anything to go by?

The Office for National Statistics (ONS) announced that inflation in the UK was falling and was 2.8% for the year to the end of May. This is good news as was the expectation that it will get back to 2% by the end of the year. The drop was mainly due to lower oil prices and lower cost of food and retail goods. Inflation last September was 5.2% so the drop is very significant. This won’t solve the problems of the UK recovery but it is a big help and will send the right signals to the markets that UK Limited is moving in the right direction. Time will tell if this fall is going to continue but at present it looks like it will.

We then had the great and the good attending the G20 in Mexico chortling that the efforts of the Euro zone members to control the systemic weakness of the banking system was an effort in the right direction. Even Angela Merkel, the German Chancellor, moved ground and was seemingly agreeing to the European Central Bank looking to buy individual countries Euro bonds. If this is true then things are moving in the right direction. The key issue of having a federal banking system for the Euro zone banks was also getting a positive airing. President Obama came forward and praised everyone for making big efforts to sort the problem. Again time will tell as to whether this is real progress or just G8 ‘end of conference’ hot air.

The next ‘positive’ is the rumour in Washington that Ben Bernanke Chairman of the Federal Reserve is going to announce some stimulus to the US economy. In other words printing some more money, which in polite circles is called Quantative Easing! This should help the US and the world economy to start moving from the stagnant doldrums they are now in!

Finally, we have the win by the England football team against co-hosts Ukraine last night.  The win takes them forward to the heady heights of the quarter finals of the UEFA European Championships. Their next match is at the weekend against Italy,  while France draw the short straw and must play reigning world champions Spain – both games will be well worth watching.

So the past 24 hours has seen cheering news of things to come. However, let’s all remember the old saying: ‘It’s one thing to talk the talk and it’s another thing to walk the talk!’ Time will tell – but at least we can all have the ‘feel good factor’ for a few days!

PS: topping on the cake today would be for the Greeks to form themselves a government – or is this wishing for just too much good news?