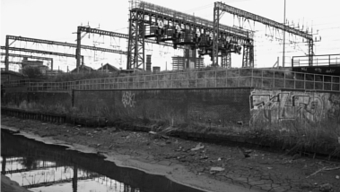 Our awful rail companies strike again, but we must share the blame with them and the government.

Just as Winter begins its slow, painful and flippin' freezing retreat, so it falls upon UK train companies to keep us feeling depressed instead.

Government plans to extend the franchises of rail firms for up to 15 years may at first sound like a good idea. After all, the longer you own something, the more you'll invest in it - right?

Wrong. There's nothing in the plans to 'inspire' franchisees to do anything more than keep on providing the same old awful service for a longer period of time. If anything, the 6 year franchise was more likely (relatively speaking) to keep companies on their toes and at least increase the odds of them doing something useful.

But the new proposals remove even this obligation - leaving the franchise holder to carry on raising fares and providing an abysmal service for longer.

Of course, the public must share some of the blame. They get away with it because we let them, indeed our low expectations are a boon for rail companies who often find it hard to make money from their concern and so provide ever worse levels of service and ever higher fares to compensate. Those who actually believe that 'mustn't grumble' is a virtue tend, paradoxically, to have the most to complain about.

It also highlights the main problem with our rail system today. It's a public good that everyone has convinced themselves is actually a viable moneymaking concern. The privatisation of our trains was of course a disaster. But Plaid Cymru's plan to introduce a not-for-profit rail service in Wales may be a step in the right direction.

Meanwhile, the grim truth is this: Large numbers of us actually miss British Rail.