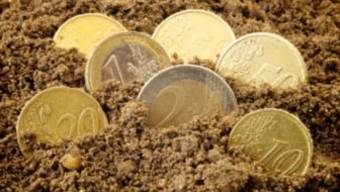 Slim majority sees Greeks vote for austerity rather than withdrawal from Euro, but could continued market speculation bury the Euro.

Well, the Greeks have voted and have opted for pro Euro conservative leadership - but not with an overall majority. It is now down Antonis Samaras, leader of the New Democracy Party, to form a coalition government. We’ve been here before haven’t we? Will Samaras be able to get a government in place is the big question – the next largest party is run by the socialist and they want out of the Euro bailout deal!

All in all, the great solution – the Greek election, the news media and the financial markets claim they were waiting to be resolved has had little or no effect at all. The stock market in Greece had a little kick upwards but this quickly fell away as did the UK market. The so called ‘pundits’ are now saying that they now need to see what the leaders of the other EU countries will do to help the embryonic coalition.

Meanwhile, back at the camp, the money men around the world are now whacking dear old Spain again by raising the percentage rate on Spanish bonds – currently 7% and rising. Just around the corner the same dealers are having a go at the Italian bond market and gently easing rates up there.

Folks, this just ain’t going to end while there is money to be made speculating against the single currency. This saga has a long time to run and us poor fools are the ones who are going to pay for it with a floundering Eurozone economies lurching from one crisis to another. Only a political solution will steady the markets: the creation of what is, effectively, a single banking system for the entire Eurozone, with all the banks under central control.

If this was an agreed solution, it would take years to implement and could have devastating consequences for the weaker economies. For the UK too, the outlook is bleak. Our recovery will be slowed down considerably by continued Eurozone turmoil and this in turn will mean higher unemployment, wages remaining static and increasing prices.

Our government will continue the current strategy of cutting expenditure and reducing debt will make the pound strong, which in turn will inhibit exports. One course of  action, if the pound stays strong, would be to borrow money at new lower rates and pay back some of our old and higher interest rated debt and use the new borrowing to spend on building and infrastructure for the future.

Unfortunately, such a volte-face would cause considerable political embarrassment and provide plenty of ammunition to the Labour Party. Such a policy would be anathema to free market disciples such as Cameron and Osborne.

I just can’t see this ever being considered at  10 Downing Street!  Power is power after all, even if times are tough! So the outlook is more of the same and for much longer. It wouldn’t matter so much if the bloody rain would stop!