Drunk Driving or Your Life? 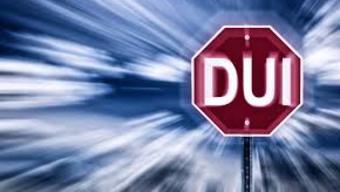 Drunk driving (or drink driving) is one of the easiest ways to get into an accident. Surprising statistics add to how this action can affect your life - often permanently and with a lot of damage that makes the future difficult to decipher.


That's not how it works.

However, it is probably this myth that stemmed the next fact: 15% of all drunk drinkers or those drink driving will take an alternate route to their next destination when they know there is a random breath test site along their regular route. This decision is usually made consciously - and that causes a large problem when an accident occurs. Not many understand that the breath tests are there to keep everyone - not just the pedestrians - safe.

Furthermore, no one seems to understand that there is no such thing as safely driving while drunk. At the legal limit of 0.05 BAC, drivers are at least twice as likely to get into a crash than they were before they were drinking. Not only that, but there will be decreases in the ability of the driver to see and/or locate moving lights, to judge distances, and even to respond to several stimuli at once. There's also an increased tendency to take risks when the BAC is as low as 0.05.

Increase that to 0.12, and the rates of crashes jump to ten times more likely than before the first sip of alcohol passed their lips. These are some pretty scary statistics to think about when you consider that reckless driving is also a possibility at this BAC.

However, it should be taken into account when the most alcohol is consumed in a day. On a Saturday, midnight to six AM is one time block. Saturday afternoons are also a big time for drinking - often from two PM to midnight. Drivers are likely to get into crashes no matter what time of day, since the affect is not limited to what time the drinks are consumed.

Despite the consequences and possibilities of crashing, 37% of drivers in Australia have admitted that have have driven drunk at least once. It is best not to drive at all after having had alcoholic drinks - especially since the BAC rises for up to two hours after the last drink. However, people are still doing it. Of those that drink drive, almost half of them (an astounding 45%) are only worried about their BAC the day after they have driven drunk. This could have to do with the affect alcohol has on the body, but it could be a cultural norm that needs to change.

There is a silver lining to all these doom and gloom statistics. Out of everyone, 73% are deterred from participating in this activity due to the random breath tests. While drink driving has only decreased 11%, this statistic offers hope for everyone - whether they do it or not - especially those in the law business and those who do not drink at all.