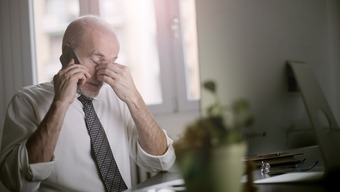 Domestic abuse is a form of violence that occurs in a domestic setting like a marriage or cohabitation.

What is Domestic Abuse?

Domestic abuse is a form of violence that occurs in a domestic setting like a marriage or cohabitation. It is, therefore, a series of violent actions aimed towards a partner or a spouse. Domestic violence is a social challenge. According to statistics, at least 1 out of every 4 women in Australia is a victim of domestic abuse. The number is even higher in other countries like those on the continent of Africa. Studies also show that the number could be more if more men and women stopped concealing such issues. There are several forms of domestic abuse, some of which may not be recognized easily.

What Counts as Domestic Abuse

Abuse is evident when there are threatening behaviours and language from a partner or spouse, such as abusive and insulting phrases. Abuse may also be seen when a partner triggers humiliation through insults or use of condescending language while in a public or private setting. A partner that controls financial accounts such as limiting access to financial resources, or socially controlling behaviours such as limiting social interactions, are all counted as abuse.

Physical violence like hitting, shoving, cutting and punching, to name a few are the most well-known forms of abuse, however, a partner who is trying to control reproductive decisions like contraception, the outcome of a pregnancy and violence aimed at threatening reproductive health is also abusive. Additionally, the use of spiritual doctrines and scripture to intimidate a spouse into performing tasks, or to explain violent behaviour is also domestic abuse.

Physical signs should be the easiest to spot, however, with long clothes and makeup they can be hidden. Bruises and scars may be evident, and the victim usually tries to hide these bruises from friends and family.  Upon the neck especially there may be signs of strangulation and restraint marks. Be aware of unexplained broken arms and black eyes, especially if the excuses are always that they fell. Often, these signs occur repeatedly and the victim finds excuses for them each time. It is important to report this if you have suspicions, as the victim may constantly avoid questions about them and try to conceal them.

Whilst physical signs may be the easiest to spot, noticing your own or a person you know having a drastic change in behaviour can help identify abuse. A victim may experience fits of rage and aggression or substance abuse as a form of coping with the violence. Anxiety may result from the issue, and not being able to share the situation with friends and loved ones can increase it.

Social distancing can occur mostly because the victim wants to avoid questions from other people about scars or behaviour change, and in doing so, a victim may miss appointments and fail to perform well in school or at work. Self-destructive behaviour like sabotaging relationships with friends and family may result from not being able to face them for help in fear of their abuser.

Psychological signs of domestic abuse include Depression. Most victims of domestic abuse experience depression because of living with an abuser and increased feelings of helplessness. High stress, constant worry about setting off their abuser, fidgeting, fear, and anxiety are also psychological signs of abuse. Low self-esteem resulting from constant humiliation, being put down verbally and being separated from friends and family.

Signs of Domestic Abuse in the LGBTQ Community

What to Do If You Are Experiencing Domestic Abuse

If you are experiencing domestic abuse of any kind, you need to report the issue to a legal authority or a helpline centre. If you cannot make this step, share the issue with friends and family, and ask for help. You will need to take steps to escape from the hands of the abuser, such as moving out with a friend or going into police protection.

You should always consult a lawyer and a professional counsellor for mental help. If you are a victim or are accused of committing domestic abuse, you should immediately consult a lawyer such as LY Lawyers and find out your options.

If you realize that a friend or family member is experiencing domestic abuse and is afraid of reporting the issue, the first course of action you should take is a private intervention. You can also introduce the victim to professional counselling services and helplines to help get their life back on track.