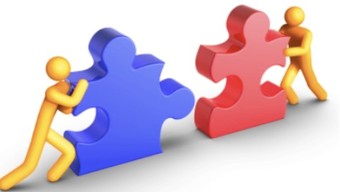 Perceptions can change in a fraction of a second. For instance, I was shopping in a department store, looking for the sale item that was in the store flyer.

Suddenly, I lost my balance and thought I saw a customer behind me out of the corner of my eye. I tried to avoid falling on her, but ended up falling anyway. As I got up to apologize, I realized that it was a mannequin I had fallen on, not a real person. It is amazing how perception works, and how the human mind can interpret so many different renderings in a flash. Within a second, I went through a range of emotions, in response to my rapidly changing perceptual reality. This paper will help me understand how perception works through carrying out an analysis. The latter is based on what three observers declared were their perceptions of a certain photograph. There are three steps in the process of perception, which I will discuss. Then, I will provide a description of at least three observers’ perceptions of a subject matter, and how their backgrounds affect their observations. Lastly, I will analyze these observations deeper and provide an explanation for their varied nature.

The process of perception consists of three main steps. Selection is the first one in the process of perception. This process is of either focusing on or disregarding certain stimuli. However, it is not only the stimuli one decides to perceive that are involved in the process of selection. The moment perception actually begins is also included in this step. Moreover, though perception is a continuous process, the point at which selection begins produces a differing effect on the way a person perceives people and events (Dobkin & Pace, 2006, pp. 68-71). For example, the perception of a book by a person who started reading it from the middle, or peeked how the story ended, would be different from that of a person who read a book from the beginning. As for the stimuli, they can refer either to personal interest or to the sensations that stand out from the surroundings of stimuli. The former are called “salient cues” and include novelty, familiarity, and repetition, while the latter are called “vivid cues” and include intensity, size, figure, ground, and motion (Dobkin & Pace, 2006, pp. 68-74). Furthermore, people’s abilities to select stimuli are greatly influenced by their past experiences, making up a basis of a social learning theory, which states that the process of socialization influences not only how a person interacts with others, but also the way one learns to focus on certain stimuli in one’s environment (Dobkin & Pace, 2006, pp. 71-74). The second perceptual step is organization that is the process by which we group stimuli within our brains and process them into categories, which helps us either retain or discard the received information. These categories are called “personal constructs” by which we tend to differentiate people and events. The bigger those constructs are, the broader our understanding of the world is (Dobkin & Pace, 2006, pp. 71-76). For instance, the understanding of human health by the representatives of non-conventional medicine is much deeper than that of conventional health care providers. The former view a person’s health holistically, while the latter tend to approach human health only in terms of physiology. The constructs vary in nature, making up the basis for prototypes, stereotypes, priming, or scripts (Dobkin & Pace, 2006, pp. 74-79). Finally, the third step in the process of perception is interpretation. This step includes observing the world around us within the context of stimulation and attributing a certain meaning to what we perceive. At this stage, concepts, such as context, closure, and attributions are critical for determining the meaning of our perceptions (Dobkin & Pace, 2006, pp. 79-81). For example, the first impression of my best friend was negative. When I first met her, I thought that I would never make friends with someone who had such cold looks, which I thought were the sign of the excessively rigid rating of the people around her. It took me a while to realize that a number of factors, both internal and external, caused such a wrongful interpretation of mine.

To understand how perception works for different people, the following observers were chosen for the analysis of their observations. The first observer was my sister Sarah, who is 50 years old. She is a nurse, and health is very important to her. She is into living healthy and appealed to physical traits. Such background suggested that Sarah would be prone to focus on some physical characteristics much. Health is about balance; so, she was supposed to notice first the harmony of physical traits. The second observer was Nick, a 29-year-old friend of mine. He is a police officer, with an overall attitude to live the life to the fullest. Nick has been trained to profile people according to their appearances. By virtue of his specialization, his perception was expected to be influenced by the strong categorization of the received information. The third observer was my friend Diana, who is 53 years old. Her attitude to life can be described as living for the moment. Diana is an artist and has an eye for minute detail due to many years of observing people and things. As an artistic person, she was expected to perceive the world from a broad perspective, and her personal constructs were supposed to be more complex than that of people having little to do with art.

As a result, my first observer used the phrase “a big Adam’s apple” to describe a man in the photo. Since she works in the field of nursing and is required to do annual check-ups, I chose to use the term “salience” to describe why she used the phrase “a big Adam’s apple.” What is more, her tendency to perfectionism suggested that a big Adam’s apple was “salient” to her. Since salient stimuli are “based on how useful, interesting, or personally meaningful a specific stimulus might be” (Dobkin & Pace, 2006, pp. 68-71), Sarah’s selection of the stimulus was based on familiarity, a perceptual cue responsible for the recognition of particular feature of our environment (Dobkin & Pace, 2006, pp. 68-71). My second observer used the phrase “African American” to describe the man in the photo. He works in the field of law enforcement and is required to profile offenders. Thus, I chose to use the term “stereotype” to explain why he used the phrase “African American” because of his background in criminology. Police officers are claimed to rely on stereotypes, when it comes to African Americans, namely that the latter are likely to commit crimes (Dobkin & Pace, 2006, pp. 74-76). Stereotypes are oversimplified “generalizations about people based on their group affiliation, rather than their individual characteristics” (Dobkin & Pace, 2006, pp. 74-76). My third observer used the phrase “relaxed but protected” to describe the man in the photo. She works in the field of humanities and is required to have a keen sense of special positioning. Thus, I chose to use the term “context” to describe the aspect of the body language the observer was familiar with because of her background in art. Placing our perceptions in the context is one of the ways to interpret them. Therefore, there is no need for complete information to interpret a situation. Sometimes, thinking about its nature is enough to make a conclusion. At the stage of interpretation, context might play the role of the external force, such as the social situation or physical environment, to help us attribute or assign the meaning to a person (Dobkin & Pace, 2006, pp. 79-81).

In conclusion, I found that the observers’ perceptions were based on their occupations and lifestyles. In addition, through writing this paper, I have come to a better understanding of how each one of us will have different perceptions of about anything. Indeed, our background plays a crucial role in the way we perceive the world. Learning about the stages of the perceptual process has helped realise how easily one can slip into categorization, and how many things go unnoticed, just because we are used to doing them. As sociologist, James Tanner rightfully noted, “We see what we expect to see, and we expect to see what we’ve already seen”

This text was written by Eric Walker who is a writing editor at https://essayelites.com/

Thanks!
Click on the same cards to discard them. A mahjong card is only unlocked when it is not blocked by any other cards.