Did You Know You Might Be Living with Asbestos for Years? 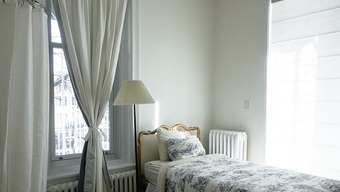 Asbestos is a health hazard that should be taken seriously.

Your old home might have a unique charm that impresses everybody who comes for a visit. However, if you’ve been living in it for a while and have never remodeled it, it might also have something a bit more dangerous – asbestos. With that in mind, here are a few things you should know about it.

Asbestos used to be a common building material that was used a lot because of its durability and low price. Hundreds of thousands of homes were built with it up until the 1980s, and it wasn’t completely banned until 1989. It can mostly be found in homes built between 1930 and 1950, but there have been traces of it found in homes built before 1980 as well. Moreover, asbestos is now a well-known and very serious health hazard, as inhaling it can lead to many medical problems, including cancer. Additionally, the period between the exposure and the medical diagnosis can sometimes be as long as 30-40 years, which is why many people continue living near it without even knowing about it. On the bright side, it’s only dangerous when the particles get in the air.

How do you know if you have it?

First of all, think about how old your house is. If it was built between 1930 and 1980, there is a possibility. However, you can never know for sure unless you’re the one who built it or unless you have the original building documents. As for the other signs, there are no clear visual cues that you should be looking for. Some sources claim that having flooring tiles in a 9-inch by 9-inch pattern usually means that there’s asbestos in the flooring.

So, asbestos can be found in floor tiles, roofing, pipe insulation, and many other areas, but it can only be identified in the lab. Therefore, if you’re not sure what material was used in the construction of your home, but you know it’s an old home, you can call the professionals to test your home for asbestos. Also, if you have been working in an old school or hospital where you were exposed to asbestos fibers, you should do some research on asbestos claims, as you may have the right to it.

What you should do

That being said, if your home is in good shape and doesn’t have any damaged areas that could be releasing asbestos into the air, you should leave it alone. Don’t go around poking holes and looking for it – you don’t actually want to find it. There are also some cleaning mistakes you should avoid in order to prevent any asbestos-related problems. For example, you should never scrub or sand the asbestos flooring. If it needs to be replaced, you should install the new flooring over it, if possible. After all, as mentioned, asbestos is not dangerous when it’s tightly sealed off, but only when it gets exposed to air due to damage, removal, or any other kind of improper handling. Therefore, if, for any reason, you have to disturb the potentially asbestos-containing area, make sure to call trained professionals.

To sum up, asbestos is a health hazard that should be taken seriously. So, if you are in your golden years and have been living in the same home for a while, you should be aware of the possibility that you’ve been living with asbestos for years. However, this fact alone is not something you should worry about. If your home is well maintained, you can continue living in it peacefully. On the other hand, if it’s in need of remodeling, it’s extremely important that you test it for asbestos first and, if the results come back positive, call trained and experienced professionals to remove it.

Thanks for the very informative blog! If that is for real, then it can seriously be a health hazard. And I personally think that if you are living in  a very old home, then you must consider remodeling it. Remodeling not only will remove this hazardous element but also will improve your lifestyle and it will also increase the value of your house for resell. So, it is indeed the best option provided that you must have the professional remodelers for it like Home Quality Remodeling contractors for the quality remodeling.