Dating With Kids - A Dad's Point of View

Dating With Kids - A Dad's Point of View


Dating is hard enough when you're a parent -- what about introducing your date to the kids? Or having sex??? 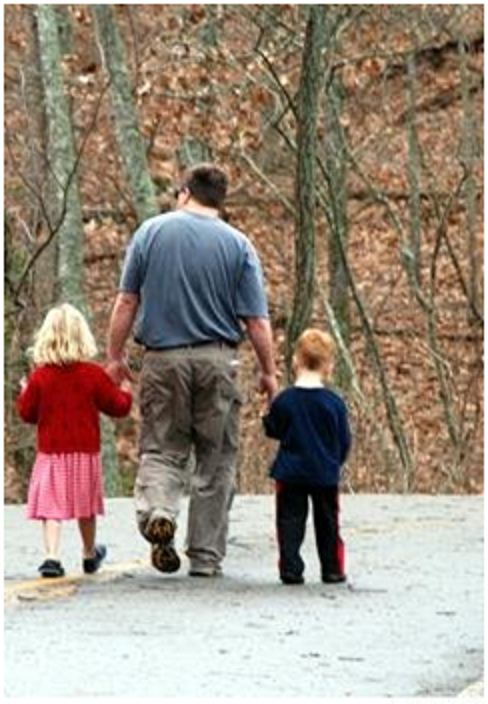 It is human nature to desire a partner in life. Almost all of us want someone with whom to share our existence -- to soar with on the ups and lean on during the downs. That strong urge to pair up is what makes the misery of dating worthwhile. If we are lucky, one of those awkward evenings spent getting to know a stranger will lead to a lifetime of companionship and, for many of us, a brand new family.

But when you consider the fact that the divorce rate in the United States is somewhere around 50%, it is clear that many of us get it wrong the first time around. And all those divorces lead to a situation that can be even more awkward than dating: Dating with kids.

It isn't just moms trying to navigate the tricky waters of single parent dating -- dads do it, too. And while plenty of single mothers will simply forgo their own wants and needs in the name of good parenting, Alex Wise of Loveawake.com thinks that is a mistake:

Many moms choose to be the martyr, denying their kids the possibility of a good male role model in the home and subjugating their own needs. I don't think a parade of dates is cool, but neither is delaying the rest of your life.

A single dad with full custody of his children, Alex believes that not only should single parents get on with their social lives, they should be up front about it with their kids. But telling your kids you have a date and actually introducing your new "friend" to them are two very different things. How do you know when it's time for a face-to-face? And what about sleepovers? Speaking from experience, these are the questions that persuade many single moms to just skip it altogether and stay home with a good book and a box of cookies.

Alex makes it sound so easy: Rather than set an arbitrary time frame for when to introduce your date to your kids, just do it when it "feels right." As for sleepovers, he admits that is a little more tricky. He advocates waiting until you are sure the relationship is monogamous and heading toward a commitment. In the meantime, he says, feel free to "do it in the car."

While it is interesting to hear a dad's point of view on dating with kids, I think Alex lives up to his "just a guy" moniker with that last piece of advice. Maybe single moms who don't date aren't choosing to be martyrs so much as they are trying to avoid guys who want to do it in the car!

Call me sexist, but I think single mothers have a lot more to consider when introducing new men to their children's lives than whether or not they are going to stick around for the long haul. What do you think? Is dating with kids different for moms than it is for dads?