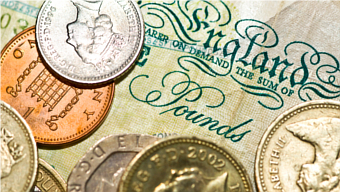 Will the boy George deliver the goods?

Outside the sun is shining (if you're in London), the daffodils are blooming and the lambs gambolling (at least until that trip to the abattoir).

But what of the economy? It's not looking in good shape, what with economic decline and a whopping 4.4% rise in inflation announced yesterday.

So what's a Chancellor of the Exchequer (called George Osborne) to do? Well, in today's Budget – according to the BBC – he's attempting to stimulate growth by, amongst other things, raising the tax threshold.

The Telegraph, meanwhile, has a handy checklist to peruse as Osborne unveils his blueprint for the economy, which includes staying within his borrowing target and cutting public spending.

The real agenda of course, as The Guardian reports, is to protect the 'squeezed middle' (aka 'the ones most likely to vote') with help for car owners and first-time buyers. (Not along the lines of building more houses of course. That would be silly.)

The Daily Mail continues with the largesse by noting that those same first time buyers will be blessed with interest free loans. Whether lumbering young people with even more debt is enough to get them anywhere decent in, say, London or the South East remains to be seen.

Meanwhile, The Independent provides a backdrop to the budget with news that inflation isn't leading to larger pay settlements – this is both good and bad news, as it happens.

Finally, The Economist provides us with a profile of George Osborne – apparently, he is an enigma to many, which may explain why no one's pointed out that he has no economic experience whatsoever.