'Breaking The Bank' - Inside Job review 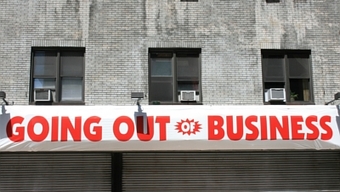 This excellent documentary is both indictment and perhaps euology.

What was on at the cinema this week? Well, along with the usual multiplex fare was a documentary about the 2008 crash, its aftermath and what lead up to it, "Inside Job".

Directed by Charles Ferguson and narrated by Matt Damon, the film eloquently explains often byzantine and deliberately overcomplicated financial machinations, alongside interviews with experts and, most interestingly, many of the alleged guilty parties themselves.

This is the film's strength - it lets them do themselves in with self-revealing irony and pomposity more akin to Spinal Tap and Alan Partridge.

We're left with the impression that these so-called financial wizards aren't really Masters of the Universe but a bunch of whoring, drug-addled, self-delusional chancers, free market zealots, dodgy academics and flimflam men who have ruined whole nations and the lives of millions, and yet walked away with their bank balances and careers intact.

(One might be rude at this point and brand them spivs, but at least spivs gave you value for money.)

Tellingly, many of the main players, such as Alan Greenspan, Ben Bernanke and Lloyd Blankfein, refused to be interviewed for the film, a self-incriminating silence that the film gleefully notes.

But for all the laser-precision hits the film scores, it reveals more than just a corrupt system.

America is demonstrated to be in a state of decay, its middle class nearing extinction, its populace easily gulled and even more easily laid off, its universities corrupt and many of the same dodgy dealers now at the heart of the Obama administration.

One might infer that this applies to us too. Bankers' bonuses have, after all, hardly been shrinking despite their businesses having to be bailed out along with the other lame ducks.

And so, for all Ferguson's exhortations that something must to be done, Inside Job ends up more like a post-mortem than a distress call. All we can do is rage and wonder why these crooks aren't in prison yet.