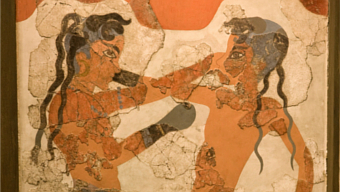 Boxing is a surprisingly complicated business

On Saturday night, two semi-naked men will enter a ring, and, surrounded by a large baying crowd and watched by millions on television, proceed to punch each other repeatedly until one passes out, is saved by the referee or loses on points.

Is this barbarism? On balance, it is better that the very large Wladimir Klitschko and his equally hulking opponent David Haye hit each other than anyone else that night. Besides, neither man will leave the ring in poverty. Is boxing brutal? Yes, that's half the attraction, for all the hyperbole about it being the 'sweet science'. Is it made more dangerous by the rules that allow wounded fighters to fight on and gloves that let boxers hit harder than bare hands would allow? Very much so.

Ultimately, however, the issue over Boxing comes down to who owns our bodies and the rights we have to do with them as we please. Banning boxing means imposing control over a person in a way that would cause outrage if it effected someone's sexuality or how they expressed their gender. But if sex, and its risks, have ceased to be taboo, death has replaced it as the central neurosis of our age, and we desperately try to censure and prevent it.

From that viewpoint, watching two men (or, increasingly, women) deliberately injure themselves in a ring is a dreadful sight indeed. But freedom means allowing others to make decisions for themselves that we may not agree with (there is an inherently authoritarian, paternalistic undertone to health activism), and if the match is well run and has all the proper medical facilities, then the consent of the fighters to fight should be paramount.

And in truth there is a lot to be said for the thrill and the allure of boxing, the repressed aggression and desire to compete released and made plain, albeit briefly, for all to see.

Don't make me put up that Brass Eye sketch with Wolf...