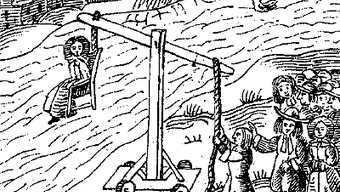 The government's latest benefits crackdown is yet another exercise in hypocrisy

Once again, we hear the clarion call - 'it's the underserving poor's fault!' This narrative has taken many forms over the many centuries and decades it's done the rounds in, and 2011 is no exception to that rule.

Today's scapegoats du jour, apparently, are those on disability benefits who happen to be morbidly obese or who are alcoholics or are drug addicts. What may be termed the 'lowest of the low' by some, or 'easy victims' by others. The government wants to 'crack down' on these miscreants, and get them back to work, saving the hard working taxpayer a packet, which he or she can then spend on burgers, booze and prescription antidepressants.

Now, there are many problems with this - apart from BBC Morning News choosing a picture of an only mildly overweight woman to represent the 'morbidly obese'. Firstly, there aren't any jobs to herd them into. Youth employment is up to 965,000 and if the 'we'll stock shelves and work in McDonalds' demographic can't get jobs, then how is an alcoholic who's been on disability benefit for the past 10 years going to get one?

Secondly, while the government likes to pretend these 'dossers' woes are self-inflicted, the fact remains that addiction is a disease rather than a lifestyle choice. No one in their right mind would shoot up on heroin in a filthy squat somewhere, nor would a healthy, well adjusted person drink until they vomit, then drink some more.

These are compulsions, and some are more vulnerable to them than others. Addicts need help, but trying to get them off the only income they get while slashing funding for treatment and support is just another reason to hold this incompetent, short-sighted government in contempt.

Obesity is tricky too. Apart from the fact that some people are genetically inclined to be overweight and poor people (including those on benefits) tend to eat the cheap and cheerful high carb diets that make people fat, the statistics used are flawed in another way.

An obese person may be on benefits not because they're fat but because a chronic injury made them unable to work. These injuries tend to slow you down, and so you get fat too. The government hasn't yet explained the difference between the two groups of fatties, but presumably they'll be treated equally poorly.

Yet if you want to end the death-spiral of drugs and poor diets, then start investing. Better mental health provision and low income housing that's actually fit for human habitation would be a good start, though that costs money. And how does the government propose dealing with those who can't get work despite non-stop bullying from the state?

Strangely, the government doesn't ask why parasites like tax evaders and bankers don't pay their way more. But you see, they're powerful and there are very few fat, depressed alcoholics who are wealthy and influential.