At war with my utility supplier 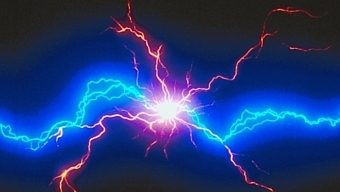 The intricacies of paying for your electricity bill

'Tis that merry time once more, when joy is projected mirthfully through the letter box by the postman and, in-between junkmail for kebab shops and double glazing, I gratefully receive the latest missive from my utility company...

Now, what I am about to tell you was an ordeal for me and I'm not even elderly. Imagine being old, infirm or poor when you read what happened. Then ask how you'd cope.

So let's be honest. Utility companies are the enemy. They keep putting up their prices even as households get progressively poorer and they can be shockingly incompetent, at least when it comes to providing a service they've been paid to provide. When it comes to the small matter of getting money out of people, however, they become shockingly effective. Such a paradox!

But let's focus on my utility company, EDF. I have spent the last few weeks plotting the doom of this company and all its works and wanting to ring them up and tell them rude things.

Take the accursed meter readings. I did several times, and in good faith, telling the blighters exactly what they were on the evening I first moved into my bijou North London hovel.

This, however, did not stop EDF plainly taking the Mickey being by over-charging me on my bills because their estimated readings were considerably higher than those based on the actual readings.

However, EDF then proceeded to offer me a direct debit that underestimated the amount I was meant to pay. This meant the money paid out to EDF each month was less than the amount I actually owed, at least according to them.

Meanwhile, EDF continued to base my bills on the estimated readings as opposed to the real ones, and I proceeded to swear a lot while squandering precious hours on the phone, slowly driven to despair with a never-ending loop of some nightmarish 'chilled funky cocktail bar' muzak they put on while one of their call centre workers slowly works their way to answering your call with the glacial slowness of a three-toed sloth.

Having rung again to cancel the direct debit, and after another 90 minutes of that flipping muzak, I asked if we could just be billed monthly and that the total outstanding (based on their readings) could be spread out over six months. This they duly did, but still sent out a bill for the previous amount, of the pay-up-now-or-die-variety, still based on the now discredited estimated readings.

Almost at my wits' end, I decided to give the [censored so as not to offend the orangutan community] another ring. Finally, someone replied and it transpired that they had now adjusted the amount I owed them based on the actual data I gave. I almost swooned at this point. Since it was about half as much they were trying to spring on me before, so I paid up without a word.

The man on the phone was nice and helpful, but I'm still changing suppliers.

Now, remember what I said at the start? Imagine being old, or vulnerable or not able to keep up with all the intricacies of the above process. Imagine being poor or on a pension. Even the most saintly among us would curse at this point, if you could afford to.