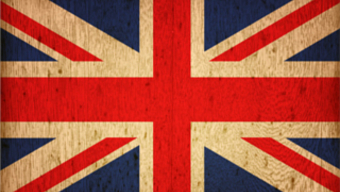 Events in Egypt stand in contrast to the UK's present decline.

As we watch historic events in Egypt, perhaps it's time for a brief glance back at our own plight.

And it is not a pretty sight. Why? Because our economy is weak and any chance of recovery is being crushed by the rising cost of living.

The numbers of insolvencies in England and Wales are up, house prices are down by 2.4% in the past year and consumer spending is on a downward trend.

New car sales aren't too healthy either - they were down by 11.51% last month. Still at least the utilities companies are doing well - with an average rise of £72 per household, gas customers may however be feeling less optimistic.

Sounds grim, doesn't it? Then Nick Clegg surfaces and we realise it can only get worse. The Deputy PM claims that he wants to devise a "new model of sustainable economic growth" and follows this up with, err, threats to raise the tax burden on middle income earners. Now you know why Cameron likes to keep him around - as fall guys go, he is impeccable.

The public, meanwhile, are reacting in kind. Twenty percent of us live in fear of losing our jobs, while pundits claim - with some authority - that the good times are over once and for all. The ugly urge to find a scapegoat has emerged too.

Rather than go after incompetent bankers and economists, almost a quarter of UK adults think it's the fault of the UK's immigrant population. This assumption is fuelled in part by alarmist media coverage and a conviction that the UK is over-crowded, despite us being only 51st in the population density stakes and with under 5% of the country actually being built up.

Of course, this plays into the hands of creepy Malthusians, like the influential Jonathon Porritt, who claims our population needs to drop to 30 million without quite explaining how. Racists and xenophobes gain too.

This suits the government. As we become poorer and more insecure, we attack those who are weaker than us or squabble amongst ourselves instead of facing up to those who carry on making money or bad political choices, come what may. Oh to be an Egyptian.