Alternative vote is not enough 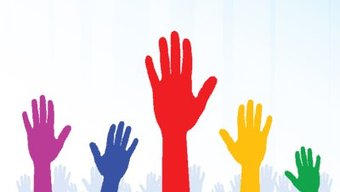 Voting reform cannot paper over the cracks in the British political system.

Never waste a good crisis. That’s a sensible rule to apply to all sorts of situations, from fights with your partner to shooting sprees in American shopping malls. If that sounds flippant, it’s quite the opposite. Once the worst has happened, the kindest and most constructive approach is to put your mind to how to prevent it happening again.

It is the art of salvage. Perhaps you can promise your wife you’ll never speak to her that way again, or commit to being more patient. Perhaps we need more regulations to ban handguns, or reform of the counselling system in schools. Mercifully, most of life is made up of avoiding crises, but when they do occur, it’s best to maximise what we can learn from them.

Britain is currently in a unique period of crisis, the like of which we have not seen for a generation. The expenses crisis was ultimately a parochial issue. The sums involved were miniscule, especially when placed next the figures being bandied around the other big news story of our time, the financial crisis. But it pointed to a deeper malaise, a rot at the heart of the political system that was far greater than its symptoms. These twin crises, financial and political, hit during the dying days of a Labour government, a government which no one expected to survive the election. Its decrepitude emphasised the sense that Britain was going through a terrible, stale period, and showing signs of serious decline.

The government changed, and it changed in a very interesting and dramatic way, offering Britain a coalition for the first time in many voters’ lives. In the future, historians may view this as an unsatisfactory thing to have happened, because the Lib-Con coalition did not offer not enough change to make a real difference, but just enough to neutralise the sense that Britain needed to radically alter the way it does things. We are in danger of wasting our crisis.

In terms of the financial crisis, the opportunity has already passed. We have allowed it to go by despite the knowledge that we will be paying for it for the rest of our lives. We were all too invested in the system to see it fall, and the banking sector continues much as before. The coalition’s banking reforms are timid. Little has changed, except that bankers ate an astonishing amount of money and failed to explain to government how they spent it.

The debate over reform of the political system was more wide-ranging. There was an acute understanding that things had to fundamentally change. In a debate on a referendum for reforming the voting system before the election, former Tory leader Michael Howard stood up in the Commons to ask the Labour minister exactly how many of his constituents had come to his surgery to demand the alternative vote (AV) system. Mr Howard was rather smitten with how clever he was being, but he had missed the central feature of post-expenses British politics: the onus was no longer on those who wanted change to explain why, but on those who opposed it to explain why not.

The mood of anti-politics during the last parliament was so severe, the animosity towards MPs so fierce, that no options were off the table. It always seems teenage and overexcited to speak of revolutions, so let us restrict ourselves to saying that the legitimacy of the British parliamentary system was being questioned to such an extent that it underwent an existential crisis. Some MPs really are bad, of course, and very many more of them are staggeringly inept, but very few are immoral. The overwhelming majority go into politics to improve their country, even if their definition of the word improvement is often laughably misguided. The road we were travelling down threatened to impinge the good name of democracy, which, despite everything, remains the least bad option for organising our affairs.

Nick Clegg is driving the constitutional reform agenda through the Commons. House of Lords reform is also going ahead. These are all commendable developments, so it is a shame that the separate matter of voting reform is restricted to a referendum, which will either retain the current system or introduce AV.

People tend to switch off when it comes to discussing electoral reform because it is considered technical, complex and ultimately quite mathematical. But at its heart is a very simple question: when you walk to the voting booth, does it count? As things stand, the answer is ‘hardly ever’.

Take a typical voter in Kensington in the 2010 election. Of a population of around 116,000, the number of people in Kensington whose vote counted was 8,980, because that’s one more than voted for the runner up, Labour candidate Sam Gurney. Tory Malcolm Rifkind won by 17,595. Conservatives may think they have a vote in Kensington, but actually only 8,980 do. After that, their votes just pile up, uselessly, making no difference to the national picture. As for those who are not Tories, their votes count for nothing. There is no point even going to the voting station. Only the Tories will ever win in Kensington. It is, to all intents and purposes, a rotten borough. Elsewhere, voters will organise their strategic approach, with Labour voters supporting the Lib Dems to keep the Tories out, or some other ingenious solution to their particular local circumstance.

We are quite used to this, and often cease to treat it with the contempt it deserves. However, we do ourselves a disservice if we stop being angry about it, if we start to consider it legitimate. People should vote for who they want to win, and that vote should count. Without this foundation stone in place, the entire edifice of our political system looks shaky and illegitimate.

There are severe problems with a purely proportional voting system of course. Opponents say the backdoor negotiations, which typify the coalitions it tends to throw up, are undemocratic and that it ends the constituency link. On the first, I would posit that what we witnessed after the 2010 general election between the Liberal Democrats and Tories was not undemocratic, but rather a series of trade-offs between two parties whose ability to negotiate a coalition was a result of their level of democratic support. As for the constituency link: this could be maintained in the second chamber, which is rather good timing, seeing as the House of Lords is being reformed anyway. As it happens, the government is pursuing the mirror image of what I envisage, with the House of Lords being elected based on proportional representation, and the Commons maintaining the constituency link.

Given the Tory animosity to voting reform, any sort of referendum on AV is impressive. But while it makes constituency elections much more fair - ensuring at least 50% of voters support the winning candidate - there’s a limit to how fair constituency elections can be. They will never represent the will of the British people.

AV is simply not enough. We need to radically overhaul our entire sense of how British democracy operates. Our constituency representative should be in the second chamber, representing us in parliament, but the Commons must reflect the true intentions of the British people as they walked to the polling station. The new government may be new and distracting, but the rot is still there, and it will not go away until each man and woman has an equal vote.

We are in danger of wasting an exceptional crisis.