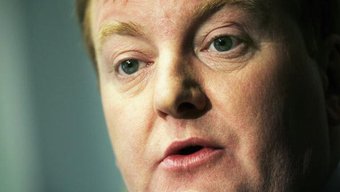 Posted on: 03 July 2015 by Olderiswiser Editorial

Former Liberal Democrat leader Charles Kennedy died from the effects of alcoholism, his family has confirmed.

The politician, who was 55 when he died at his home in June, suffered a major haemorrhage caused by his alcohol dependence. His death came less than a month after he lost his seat in the House of Commons, which he had held for 32 years, as the SNP swept to victory north of the border.

He was found dead at his Fort William cottage on June 1st by his partner, Carole MacDonald, who was the widow of his best friend, Murdo MacDonald. Before his death from cancer in 2007 at the age of 49, Mr MacDonald had helped Mr Kennedy to cope with his drinking problem and was the godfather to his ten year old son, Donald.

Tributes poured in from family, friends and colleagues after the announcement of his death. Prime Minister David Cameron described him as a politician with “immense ability” whose death was a “tragic loss”.

Mr Kennedy’s battle with addiction has been well-documented, leading him to step down as leader of the Liberal Democrat Party in 2006. He spoke publicly about his alcoholism just months after his defining moment as leader – guiding the party to its best result in the 2005 General Election. The revelation that he had been receiving treatment for his addiction sent shockwaves through the party and its stability was compromised as senior colleagues threatened to resign.

A spokesman for alcohol addiction advice service, Dry Out Now, said: “Charles Kennedy’s death is a tragedy for his family, friends, colleagues, and for British politics. He made an extraordinary contribution to public life which will never be forgotten.

“His brave decision to be open and honest about his addiction is to be commended. When those in the public eye come forward and speak candidly about their problems, it helps others to feel that they are not alone. Alcoholism destroys lives, but you need not suffer in silence.”

Kennedy was indeed a brave politician and a courageous man to be able to speak so openly about his addiction. Thinking back on that time, there was little sympathy for the man. Indeed, between Westminster, the Liberal Democrat party and the media, the attention generated by his admission more closely resembled a feeding frenzy than any genuine concern or a fellow human being.

Charles Kennedy was held up as a figure of ridicule and was effectively 'outed' as an alcoholic by political rivals within his own party. His illness became a weapon with which to attack him and it worked.

It is small wonder that many of the people who continue to live and work with an addiction find it so difficult to admit their struggles. There is no cure for addiction through bulldog spirit or stoicism and certainly not through shaming. Only we can change attitudes and we shouldn't wait until addiction touches us personally.