Age UK Internet Champion of the Year 2011: A view up the tower 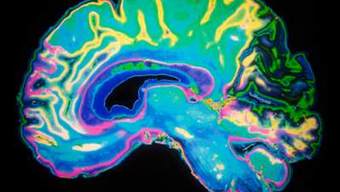 It's hard to miss the Telecom Tower – it looms high in the sky like some enormous Dalek weapon of war. Going up on the high speed lift was also daunting – or at the very least, fast.

Still, the top of the tower was worth the trip. The view was amazing: an oddly hypnotic panorama. From this height, London suddenly seems new and alien, all the recognisable landmarks melting into one vast complex urban expanse of old and new buildings, dirty flat top roofs, rooftop gardens, parks and church steeples.

I got to know the PR people and Age UK reps running the event – turning up early for events means you get to talk to the staff. I was told there would be four finalists, one of whom - Dave Howe - would be attending 'virtually; from Devon as his emphysema was causing him some problems.

This was also the 2nd year of the awards, with the winners from last year – Frederick Briggs and Lucy Berry – turning up to pass on the baton.

The event is for the over-55s and is based on self-nomination, of which 100 applications were received this year, the winners getting to be the voice for older people in 'UK/digital inclusion', as in - promoting web use to other older people.

Then the guests began to surge in, all immediately making 'ooh!' noises as they admired the view.

The first nominee to arrive was Tony Murphy, an ex-forces type in his regimental blazer. Afterwards Margaret Goodwin and Roger Ling turned up, while in the background, the techies were ensuring Dave was there in spirit and, indeed, wi-fi.

"Ignore me! I'm not here at all!" the photographer with the enormous flashy camera suddenly said, as he asked everyone to strike poses every time a photo-op surfaced, climbing about the place like a nimble mountain goat whenever the situation demanded it, up to and including standing on chairs.

Tony and his wife then sat down next to me. An amiable 69 year old, he was every journalist's gift in that he kept on talking long after I'd run out of questions to ask. A keen web user, in part because it helps him with advice as a carer, he also uses it to buy necessities for his wife who suffers from a neurological condition called Pick's Disease.

The conversation trailed off finally – Mrs. Murphy wanted to admire the view, and I roamed off to see what was at the other end of the corridor – tables for dinner, as it happened.

So instead, I focused on the big one – Ed Vaizey, minister for Culture, Communications and Creative Industries, who would be turning up to give the awards. But the Vaizey Watch came to nothing.

Still waiting, I listened in as one rather impatient guest boomed into his phone. "I'm in the tower!" he declared. Now that's a new one.

But now Vaizey had arrived and the web link was finally up - Dave-in-Devon waved semi-ironically as the guests in realspace clapped. The intro speech revealed that nominations were up by 54%, but that older people were more likely to use the web only if their fellows did. Peer pressure, in other words, but at least it wouldn't lead to glue sniffing.

Finally, Vaizey began the presentations. He was there at short notice, and was in many ways a top-notch politician. By that I meant he was studied and precise to an inch of his life, talking quickly, like he was used to blocking replies. He claimed not to use eBay, and with this, he entered 'Everyone's Friend' mode – making an inevitable expenses joke with a sort of polished, regimented geniality.

I looked out the window – the Minister suddenly seemed very small in comparison to the vast cityscape outside.

He then announced the winners - Margaret and Dave (in Devon). "Present away, Faith!" Vaizey then declared as Roger and Tony got their runners up awards. Cue a strange Vaizey expression as he tried to pose in a photo with both winners, the web presence trying to position himself accordingly on the screen in the background. It was a curious sight, not least with the photographer clambering over the place.

With that I left, bar a final cranberry juice, then down, down, down at speed as the elevator took me back to terra firma. But wait? Shouldn't I get a goody bag for turning up? Apparently not – my name, unlike the nominees', was most assuredly not on the list.