Afghanistan Withdrawal – what Barack Obama's speech did not say 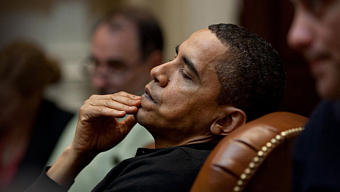 There was more to the speech than just retreat

After nine years, and thousands of deaths and maimings, and some top-notch heroin crop yields, US President Barack Obama has conceded it's time for a phased withdrawal from Afghanistan.

All this despite pleas from generals that they've only just begun to not quite win but not quite lose, Republican politicians offering withering criticism even though they have no credible alternative, and the Taliban, who are no doubt rather upset they don't have time to set up a stoning and facial mutilation program for uppity womenfolk at such short notice.

All of which ignores some key factors:

Firstly, there are talks taking place between the Afghan government, NATO and the Taliban. Rather than a repeat of the Soviet withdrawal and complete collapse of the Afghan government in the late 80s, it's more likely that the opposing sides have either fought themselves to a standstill or aren't as united as they may first appear.

Certainly, 'moderate Taliban' (a catch-all term for those who are in the war for tribal, fiscal or personal rather than religious reasons) might prefer a few seats in a compromise government than spending the rest of who-knows-how-long up a mountain dodging predator drones.

NATO isn't exactly united either, with many member nations providing only token assistance. The US is bored of fighting and the UK is overstretched, its ruinous military adventures almost at an end.

The Afghan government rather likes being alive and keeping its fingers in the till, and only a fringe of real religious fanatics are going to fight to the last bullet. In other words, there's lots of room for a grubby, messy compromise that everyone can pretend they're happy with.

Secondly, Pakistan, Janus-faced failed state in the making that it is, will still keep interfering. That may backfire, forcing troop withdrawals to be delayed while our 'ally' continues to play on both sides at once. India and Iran, meanwhile, have vested interests in Afghanistan too, and are already known to interfere. China, meanwhile, quietly bides its time.

Thirdly, the public debate in the West is in disarray. The arguments for staying are blurred and muddy, while those demanding a withdrawal either can't or won't answer what might happen if the Afghan government collapses or what that will mean for those left behind.

No one has made a strong case for the war, but no one has come up with a cogent vision of what a post-NATO Afghanistan would look like either. Everyone is simply scratching their ideological itch.

In other words, he's made a lot of promises but they're qualified on the ability to bring 'the boys' (and girls and dogs) back home without things deteriorating rapidly. One may presume a fair bit of two-way back-scratching between Pentagon and White House on this one. No one, obviously, wants the Taliban to think the US will retreat if they just dig in long enough.

There are other cryptic messages in the speech. "...We have put al Qaeda on a path to defeat, and we will not relent until the job is done" speaks volumes too. After all, if 'the network' becomes resurgent, or appears to be, then the President would be obliged to maintain troop numbers to control the threat.

"Let us responsibly end these wars..." he concludes, with 'reponsibly' meaning neither troops out now nor troops there forever, but rather, 'whatever seems the most expedient' for the times.

Last night's speech was, then, significant, but not quite in the way some believe it to be.

That's about the size of it I think. I'll go through all the links later. I guess you remember the announcement last year about the Afghan geologists and the American Geological Survey. Seems like there are boat loads of goodies to be found and sold to buy a gold plated AK47 or two.  I suppose if they can just  land on chance and get the GET OUT OF EXTREME MISOGYNISTIC CRIMES AND WE WON'T LOOK card, like the Saudi's, they'll be quids in.

Sad to think though that how much of this has to do with a certain election around the corner.

This war was planned well before the outset for the reasons we understand. PNAC establishment of four core missions:

perform the “constabulary” duties associated with shaping the security environment in critical regions;

If we just wanted to kill Bin Laden we  would have done it  differently.  It's laughable to think that military tacticians would not have considered using a small well informed, well equipped and supplied  strike force.  That was never the intention.  Like the famous map of the middle east, released by the White house under a FOI request showing nothing but the locations of all the oil fields, looking at what surrounds Afghanistan tells much the same story.

Just one further point, It would have at least been an idea to have looked at the history of the Pashtun indipendence struggle and the relationship to that has to Pakistan before jumping in and doing the  ISI's dirty work.