ADMET Prediction Based on Protein Structure (I)

ADMET Prediction Based on Protein Structure 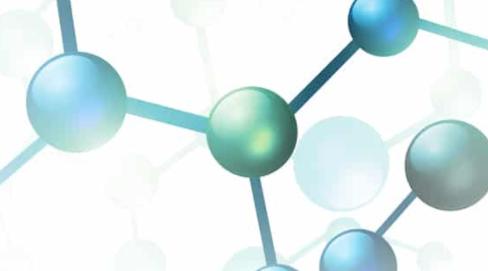 The ideal goal of the medicinal chemistry project is to achieve high efficiency and safety. In order to achieve these goals, the candidate molecule must form the best interaction with the main target or target, and avoid unnecessary interaction with the anti-target. Interactions with non-targets lead to undesirable toxicological events. Absorption, distribution, metabolism, excretion and pharmacokinetics (PK) have significant effects on efficacy and safety, and they are usually abbreviated as ADMET.

Most drugs are administered orally. The drug is first dissolved in the gastrointestinal tract, absorbed through the intestinal wall, and then enters the blood circulation through the liver. In the process of distribution, active pharmacological components pass through biological barriers and reach various parts of the body, tissues and organs; central nervous system drugs enter the brain through the blood-brain barrier; distribution enables drugs to bind to their molecular targets, such as enzymes, receptors or ion channels. The compound is then recycled into the liver and metabolized to increase its polarity; finally it is excreted in urine, or in some specific cases, excreted in feces via the enterohepatic circulation.

The breakthroughs in the field of protein engineering and crystallography in the past ten years have revealed the atomic level structural information of most proteins, which have prominently relevant targets in the ADMET process, such as plasma protein binding, active transporters, cytochrome P450 (CYP)-mediated metabolism, which inhibits and induces some toxicity-related targets.

Considering the protein modeling of ADMET-related proteins, it is important to emphasize that these protein evolutionary optimizations have multiple human serum proteins or flexible binding sites that can recognize and bind multiple compounds. The CYP enzyme family exemplifies the complexity of the ligand binding process because at least six isoenzymes are responsible for the metabolism of approximately 75% of commercially available drugs. The crystal structure of CYP3A with ketoconazole contains two copies of the ligand, provides atomic-level parameters for multiple binding, and indicates a high level of flexibility at the associated binding site. Similarly, the crystal structure of the active transporter (P-gp) contains two stereoisomers of the cyclic hexapeptide ligand; multiple non-specific contacts achieve the combination of multiple chemicals.

Drug discovery is a multi-dimensional task that requires a good balance between desired and undesirable characteristics to achieve the efficacy and safety standards of the target product attributes. Maintaining the optimal interaction with the main target limits the freedom of chemical modification to optimize pharmacokinetic characteristics. Therefore, in the computer, ADMET prediction becomes part of the drug discovery program, such as metabolic site prediction, metabolic modeling, and transporter (CAR, PXR) induction or HSA binding assessment.

The atomic level information of protein conformation is essential for structure-based drug design. The high-resolution protein structure can be obtained by X-ray crystallography, NMR methods or calculation methods. If the protein structure is not available, but the structure of a homologous protein with a known sequence can be modeled using homology. The most important public repository for experimental protein structures is the RCSB protein database.

The simulation of the protein model based on experimental research has errors in the original data. The errors in the data set limit the accuracy of subsequent modeling and have nothing to do with the applied technology. Therefore, the quality assessment of the protein model has an important influence on further results. In the case of X-ray experiments, the electron density is derived using the inverse Fourier transform. Therefore, the electron density map contains key information. The Resolution of a structure is a widely used global descriptor that defines a specific size limit of atomic objects that can be resolved in a specific experiment. The quality of the structural model can be evaluated by the R factor that quantifies the difference between the measured data and the model prediction data, so a lower R value indicates a more consistent model. The cross-validation in the optimization process is to avoid overfitting the data.

A. Basic methods of energy assessment

Quantum mechanics (QM) must clearly express the nucleus and electrons in the calculation process, so the time-dependent Schrodinger equation at the core of the solution fully describes the nature and energy of the molecule under study. The principle of the molecular mechanics (MM) model is that the energy of the system depends only on the conformation of the nucleus, and the role of electrons is modeled by simple functions. Due to the speed of molecular mechanics calculations, it is a key method for simulating protein structure and binding ligands. Hydration effects can be incorporated into the model through implicit solvation or the use of dominant water molecules.

The advantage of the hybrid QM/MM method using two methods to simulate basic biological processes is the basic contribution of accurate modeling of electrons embedded in protein structures or solvent environments. Typical examples are enzyme-catalyzed reactions. In these calculations, the QM method is used to model the sub-regions of interest in electronic details, and the fast MM method is used to calculate the rest of the system. Taking the CYP family as an example, the catalytic center is composed of heme iron and porphyrin structure. The porphyrin structure coordinates molecular oxygen to form highly reactive compounds, and both electrons and steric factors play important roles. Therefore, the atomic-level interpretation of catalytic reactions requires the use of hybrid QM/MM methods.

To be continued in Part II…