Abduction, al-Qaeda and a war of terror 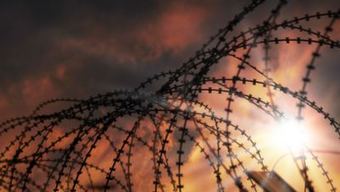 Posted on: 18 October 2013 by Gareth Hargreaves

What can be achieved by the 'rendition' of al-Qaeda suspects from Libya and Somalia? The answer - nothing!

Is the United States the arbiter of human rights law and national sovereignty? The abduction of al-Qaeda bombing suspect, Abu Anas al Libi, from Tripoli in Libya a fortnight ago suggests they believe they are.

Extraordinary rendition is an extraordinary description for what is essentially state-sponsored kidnapping, and use of the "War on Terror" as a fear lever to justify rendition - as the practice has come to be known - is one of the low water marks of observance of international law.

Past rendition operations were the domain of the CIA and other allied intelligence agencies. However, a slew of damaging legal cases including the conviction in absentia of Robert Seldon Lady, the CIA's Milan bureau chief, for the abduction of Egyptian Muslim cleric, Abu Omar in 2003, has seen the spooks back away from such incursions.

The military seems now to be the preferred organ for this dark art, and with good reason. Use of military facilities that keep detainees outside standard legal jurisdiction enable imprisonment of suspected radicals without trial or charge and, as they are not answerable to a true legal system, use of illegal interrogation techniques. Guantanamo Bay and so-called 'black sites' in client states across central Europe, the Gulf and Africa have become home to many of these targets.

It is easy to argue against rendition from the security of a desk in one of the safest countries on Earth while extremists continue to inflict their fundamentalist dogma on civilians such as Malala Yousafzai, the Pakistani schoolgirl who was shot for criticising the Taliban.

Not content with the shame of having sanctioned the murder of a child, Shahidullah Shahid repeated the Islamist group's desire to kill the schoolgirl.

"She is not a brave girl and has no courage. We will target her again and attack whenever we have a chance," said Shahid to AFP.

This is where I am conflicted; I hold the view that torture is wrong under any circumstances, but where there is opportunity to prevent mindless and brutal murder and subjugation, is it not necessary to use more aggressive tactics?

It seems weak to argue that the rule of law is paramount and must be upheld above all else, in the face of such atrocities such as the WestGate Mall massacre and the recent killings of more than 50 students in Nigeria?

Challenging the knee-jerk response to meet violence with violence, we maintain the freedoms we hold dear. Indeed 30 years of the Troubles in Northern Ireland were not solved by the bullet and bomb. Internment was a failure - locking up suspected and convicted terrorists in the H-Blocks contributed nothing to a lasting peace. The end of the violence was achieved through dialogue and that is the only way this conflict will end.