A Simple Travel Guide for 2018 FIFA World Cup in Russia 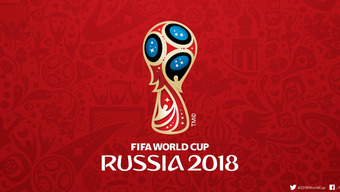 The FIFA 2018 World Cup will be kicking off in Russia in June next year. It’s one of the most spectacular sporting events in the world. If you are planning to make your way to Far East Europe, there are a few things that you will need to keep in mind.

A Simple Travel Guide for 2018 FIFA World Cup in Russia

The FIFA 2018 World Cup will be kicking off in Russia in June next year. It’s one of the most spectacular sporting events in the world. If you are planning to make your way to Far East Europe, there are a few things that you will need to keep in mind.

Whether you will go there for the football or the party and carnivore that come with it, you can rest assured that Russia has got you covered.

Let’s start by giving you some basic information first. So, the first game will kick off on June 14th. It will be played at the Luzhniki stadium in the south-west Moscow. This will also be the venue for the final. Most of the matches will be played in western cities. However, the Krestovsky stadium in Saint Petersburg is a must see. Saint Petersburg is one of the most iconic cities in Russia. It will host the first semifinal and the third-place playoff match.

As we saw in Brazil four years ago, getting match tickets won’t be a big hassle. But you need to do this early. There is also a “ticket-inclusive hospitality package” sold by FIFA. It’s only FIFA that has the authority to sell these tickets.

You can buy two types of ticket packages. There is the package that allows you to watch all matches. You can also go for match-specific tickets where you only buy tickets for your favorite teams. If you can get international drivers license online too, it will be a plus in helping you move around.

Where Can You Buy Russian Rubles?

The local currency is very important because it will help you get by easily. There is no need to worry about this. Once you’ve touched down in Russia, you will find many outlets there ready to offer you Russian rubles.

Getting There and Getting Around

Russia is a vast country and unless you have been there before, getting in and around might not be that easy. The main cities Moscow and Saint Petersburg are easy to access from anywhere in the world. Your first stop should be in either of these two cities. There are domestic flights that can help you move around the country to various venues. The Russian Railways will also be operating main-line trains going to various parts of the country.

Will You Need a Visa?

Match tourists going to Russia for the tournament will not need a visa. Once you buy the tickets, you will receive an email confirmation in your inbox. Apply for a FAN ID right away. This is basically a spectator card issued by the authorities. The card will give you free entry into Russia from February 14th to August 15th, 2018. The card will also allow you to access free transport during match days. There will be special trains that will be circulating around all the host cities.

The 2018 World Cup Russia is finally coming and the excitement is already building. 32 countries will be going head to head next summer and you can’t afford to miss this spectacle.