Won't someone think of the adults?

The latest attempt to control what we can access on the Web hints at something far darker. 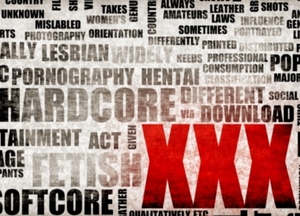 In other words, parental responsibility is an insufficient safeguard to protect children and a central authority must be the arbiter of what is or isn't acceptable for everyone. This would be, of course, a mid-way point to policing everything on the Web and our personal lives.

There is much about Safermedia that has not been reported on. Like how it is breaking the terms of its charitable status by political campaigning. Or that Miranda Suit herself, a veteran of censorship campaigns, stood for the fringe Christian People's Alliance (CPA) in the 2008 London Mayoral Election, a party that is outspoken in its criticism of homosexuality and same sex relationships, and campaigned actively against gay couples being able to adopt.

The CPA has also signed up to the 2001 Mayflower Declaration, that starts with the preamble 'We reject the idea that religion is merely the individual's private affair. We regard all life as subject to the rule of Christ.' Suit also cites the Great Chinese Firewall as proof that governments can censor the Web, without - of course - noting the irony of supporting a totalitarian dictatorship's actions.

Miranda Suit, Ed Vaizey and their ilk are all typical examples of moral entrepreneurs. These are individuals who find an issue to capitalise on and then attempt to use it as a way of acquiring political power for their own world view or personal ends. In doing so, they construct something that is 'deviant' and then use it to frighten the public or sway the government.

One thing they all have in common is a hidden agenda - in this case, it's either gaining greater control over the Web or proscribing pornography altogether, or trying to extend the influence of one's religion or ideology over a secular nation. In any case, the morality of such behaviour is dubious - rather than openly calling for change, the process is camouflaged under the pretence of protecting the public, and particularly, 'The Children'.

In fact, there's no surer way of spotting a moral entrepreneur pulling the strings backstage than the use of 'The Children'. Everything from anti-smoking campaigns to the banning of violent comics has invoked 'The Children', often as a shorthand for all that is pure and innocent and, most of all, vulnerable.

But parents are, by necessity, driven by instinct and anything that invokes primal fears - a latter-day version of a very hungry cave bear or a dire wolf - can and is used regularly by cynics and extremists who would not be able to win people over otherwise.

Put simply, an adult should have the right to access whatever he or she likes as long as it involves informed, consenting adults and not anything that goes 'woof', 'moo' or 'quack'. They should not be harassed or forced to justify themselves to a central government of dubious virtue.