"Common drugs taken by millions 'increase risk of dementia by 50%', experts warn," The Sun reports. Behind the Headlines examines the evidence behind the claims. 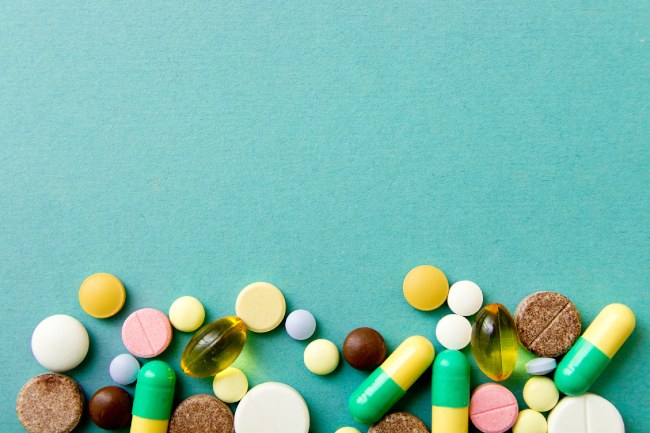 The drugs in question are known as anticholinergics. Anticholinergics are drugs that block the nerve chemical acetylcholine, which transmits signals to muscles and glands in the body such as ones releasing saliva or digestive juices.

They are used to treat a wide range of health problems, such as overactive bladder, epilepsy, motion sickness and Parkinson's disease.

The Sun's headline is prompted by a new study that compared people with and without dementia to see whether there was any difference in their previous use of anticholinergic drugs.

The researchers found that use of anticholinergics was linked with between a 6% and 49% increased risk of dementia, depending on the dose and duration of use.

With this type of study, it is always difficult to prove direct cause and effect. The causes of Alzheimer's in particular are poorly understood and various other health and lifestyle factors could be involved in the mix. Nevertheless, this is an important finding that needs looking into further.

But it's important that people do not stop taking any prescribed medicine without speaking to their doctor. The risk from stopping the medicine may be far higher than any dementia risk.

This study was conducted by researchers from the universities of Nottingham, Southampton and Oxford, and predominantly funded by the National Institute for Health Research, with additional funding from various other sources. The study was published in the peer-reviewed journal JAMA Internal Medicine and is freely available to access online.

The UK media's reporting of the study was accurate, though most news sources led with the "increase risk of dementia by 50%" finding of the study. This finding was only seen for the maximum use of anticholinergics in terms of dosage and duration of use.

This was a case-control study that looked at a large group of people with and without dementia and compared their use of anticholinergic drugs.

Anticholinergics are known to have side effects like confusion and memory loss in older adults, but it was not clear whether they could be linked to dementia.

Case controls are often used as it would be less feasible to identify a group of people using the drugs, along with a comparison group, and follow them in the long-term to see who developed dementia.

It is more practical to make use of the large quantity of data in the GP database to identify those with dementia and then look back at individuals' prescribing history. The difficulty is you cannot account for all other factors that may be involved.

The study used the QResearch database, which contains data for over 30 million people from over 1,500 GP practices in England.

The researchers identified 58,769 adults (aged over 55 years) diagnosed with dementia between 2004 and 2016. Average age of people with dementia was 82 years and 63% were female. They then identified a comparison group of 225,574 people without dementia, matched for age, gender, GP practice and calendar period.

All included patients had to have GP data available for the full 11-year period.

The researchers looked for 56 drugs that are known to have anticholinergic properties. These included various individual drugs within the following broad groups:

In the 1-11 years before diagnosis, 56.6% of people with dementia had taken anticholinergics compared with 51% of controls. The most frequently prescribed were those in the antidepressants class (27% of cases, 23% of controls) and anti-sickness drugs (24%of cases, 22% controls).

The researchers then looked at how many days each individual took anticholinergics during this period (daily doses).

Anticholinergics from the following groups increased dementia risk when used at the highest doses:

For anti-sickness drugs there was a link with moderate exposure of 366 to 1,095, but no risk at the highest doses, making this link unclear.

There was no dementia link with drugs from any other classes.

This study uses a large quantity of GP records data to provide valuable information on the potential link between anticholinergic drugs and dementia.

The drugs are already known to be associated with some mental health-related side effects, and it is possible that their method of action may increase risk of dementia.

This definitely needs looking into further to ensure the safety of these drugs. But there are some considerations to bear in mind.

The research has adjusted for various potential confounding factors that could be influencing the link. But this remains observational data and we cannot be sure of direct cause and effect. It's hard to be sure you've accounted for all health and lifestyle factors that could be having an influence – particularly when the causes of the most common type of dementia (Alzheimer's) are not fully understood.

Also the database is likely to be reliable, but the findings still rely on the information that has been recorded, which may be incomplete or unclear in some cases.

The odds risks seem large, but when looking in more detail at the results you get quite a variable mix of risk associations.

Given this and the potential for confounding, it's very hard to be sure of the exact level of risk that may be associated with any class or individual drug.

It's also worth considering that this study has looked at people prescribed anticholinergics in older age who were diagnosed with dementia at around 82 years. We cannot apply this data to give the risk for a younger adult taking one of these drugs.

This link will undoubtedly be assessed further, and may lead to doctors using caution in their prescription of these drugs for older adults.

But with all drugs you need to consider the balance of risks and benefits. It could be that the risk of dementia may be much less than the risk to health from not taking the drug for its prescribed reason. Therefore people should not stop taking any prescribed drugs without speaking with their doctor.

Dementia: The drugs that may pose a risk

Common drugs used to treat depression, epilepsy and incontinence 'could increase the risk of DEMENTIA by almost half because they damage crucial brain cells'

Common drug may be dementia risk

Anticholinergic Drug Exposure and the Risk of Dementia: A Nested Case-Control Study