In spite of some sharp and telling observations, Anchuli Felicia King's exploration of the power of social media, White Pearl, remains a missed opportunity. 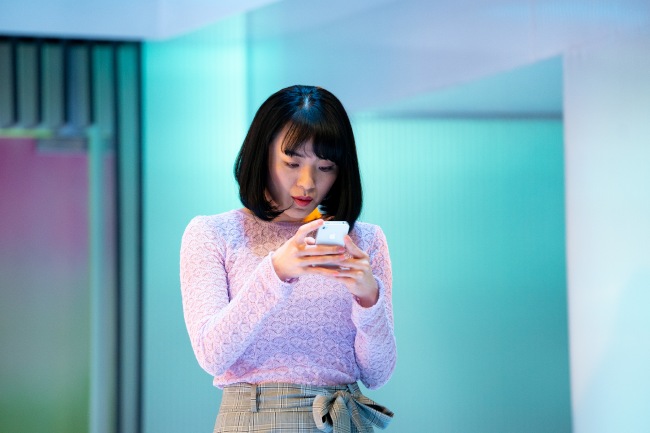 The play is set in the Singapore office of fictitious cosmetics company Clearday, which has developed from a small start-up to a leading international cosmetics brand in less than a year. When the drama begins, panic is already breaking out. An advertisement for a skin-whitening product called White Pearl has been leaked on the internet and instantly branded racist. YouTube views are in the thousands and keep climbing and disaster threatens. The company cannot be seen to be racist, they've got to get it taken down before America wakes up.

Although this play has a wild energy, it doesn't quite succeed as either comedy or satire--it is too broad to hit its targets and raises few laughs, while struggling to maintain a sense of conviction. King here paints a portrait of toxic corporate culture, casual racism and the complexity of pan-Asian relations. It also offers her the opportunity for broad swipes at the relationship between Asia and African Americans. In one of the best scenes, the South Korean Soo-Jin Park suggests that the company shouldn't apologise for an advertisement that paints black skin as bad because Asian customers won't be offended by jokes at the expense of the black community.

The mechanics of the plot which involve a blackmailing French boyfriend and video maker are rudimentary and unlikely and a subplot about a father under investigation in China for corruption and life under surveillance is almost completely thrown away.

The production also suffers from being unnecessarily raucous and the actors seem to be encouraged to over-act and rush the delivery of their lines, which makes it hard to care about their fate, though Kae Alexander has the right swagger as the spoilt little rich girl, while Kanako Nakano as a terrified office manager and Momo Yeung as a weepy misfit, terrified of being sent back to China, fully convince.

Furthermore, Moi Tran's stylish set of an open-plan, glass-door office,beautifully lit in pink and peppermint hues by Natasha Chivers, does much to give the drama a true sense of reality.

But although King's play has some sharp and telling observations, it remains for me a missed opportunity.