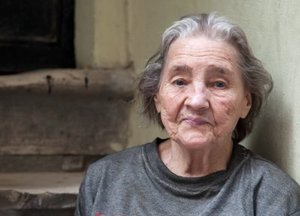 The figures are set out by International longevity Centre UK (ILC-UK) as it launches its second annual Factpack on ageing and demographic change (Mapping Demographic Change). The Factpack has been developed as part of the #populationpatterns series supported by the specialist insurer Partnership. ILC-UK highlight that whilst pensioner poverty has fallen substantially, the future may not be so rosy:

Last week, the Office for Budget Responsibility (Fiscal Sustainability Report) predicted that by 2063, age related spending will equal 25.1% of GDP compared to 20.4% in 2018.

Speaking at the launch of the Factpack, Ben Franklin of ILC-UK said:

“We have made fantastic strides with tackling pensioner poverty over the last 15 years. But future generations may not be so fortunate. A combination of high house prices, low levels of saving and working age poverty presents significant challenges for tomorrow’s pensioners. These are long term problems which require action now. Last week’s Fiscal Sustainability Report highlighted the future potential cost of ageing. Taking action now to reduce working age poverty could contribute to long term savings by future Governments”.

“Alleviating pensioner poverty is something that we all agree should be a priority. However, rather than simply concentrating on those who are in retirement at the moment, we also need to think about the longer-term future. Those who are experiencing working age poverty at the minute are less likely to be in a position to save, buy their first home and start a pension– all steps which can put them on the road to a more comfortable retirement.  Even with positive moves such as auto-enrolment, we seriously need to consider how we can do more to solve this problem and avoid storing up issues for the future.”