We need, finally, to accept that our drug policies aren't working. 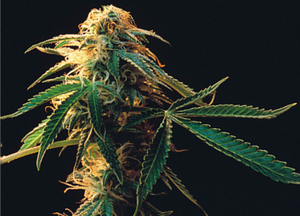 Speaking your mind is seen as a virtue up until the point that people realise you are saying something they don't want to hear.. Such is the plight of ex-Home Office minister Bob Ainsworth who uttered the unthinkable this week and called for all narcotics to be legalised and their supply controlled

Much like CCTV, the War on Drugs has become a political totem, worshipped with regular offerings of crackdowns, rhetoric and public hand-wringing.

The point is that not whether it's working or not, but whether it looks like someone is taking a hard stance. As charades go, this seems to be effective - no one has lost an election by being too hard on drugs.

Indeed, if anything, the atmosphere has become even more irrational, with government plans to no longer require input from scientists on drugs policy hinting that the issue is no longer one governed by facts but by tabloid headlines.

The response to Ainsworth's call was thus predictable - he was denounced vociferously by his own party while MPs from the ruling ConDem coalition piled in to rain derision on him too.

Critics of Ainsworth might then also point to the myriad psychological problems caused by newer, stronger strains of marijuana and the Dutch government's recent crackdown on its cannabis cafes as proof that liberalisation must not be allowed to happen.

Of course, this doesn't take into account the contrary argument made by former government drug advisor Professor David Nutt, who claimed evidence for marijuana causing mental illness was over-emphasised. (He was shown the door soon afterwards.) Or, for that matter, the reason why such strong strains such as skunk exist is precisely because they are illegal and so unregulated.

The apparent end of the Dutch liberal experiment is not all it seems either, for while possessing marijuana is not illegal, producing and distributing it remains a criminal matter. (This is like legalising murder but making it illegal to dislike people.) Criminalising something does not stop organised crime but the ensuing drug wars have been seen as proof that the policy doesn't work. However, if this is the template for policy making then we might just as easily ban cars because the main source of petrol comes from Middle Eastern dictatorships.)

In other words, the increasingly right wing government of the Netherlands has failed to take the criminals out of the equation, and yet wonders why they are still involved (and encouraged) by the lure of drug money. Whether the lucrative tourist trade in drug cafés is seriously under threat is open to question, but again politicians are proven incapable of handling the issue with anything other than knee-jerk short-termism.

There are other factors to bear in mind. The illegal drug trade in the UK is worth an estimated £7 billion a year - a vast source of potential tax revenue. Moreover, the cost of imprisoning drug addicts and small time dealers is £31,106 a year per prisoner. This doesn't take into account the damage done to the economy by addicts breaking the law to feed their habits, those who lose their jobs due to their recreational drug use or the cost to the NHS in treating those whose narcotic supply is neither regulated nor controlled. The War on Drugs may make political sense, but it is a dreadful waste of money.

The trade in illegal drugs causes terrible harm in other ways too. A disproportionate number of African Americans are incarcerated due to drug offences, whilst drug takers of every stripe are locked up on disproportionate sentences just to assuage a primal political itch.

Elsewhere, the reason why large areas of Mexico have become violent, lawless war zones is due to huge criminal cartels fighting over the spoils of the drug trade, with the eager market in the tough-on-drugs United States as the prize. Meanwhile, the trade in heroin is helping to fund the Taliban and, by extension, Al Qaeida, while drug dealing is also a useful source of income for the hideous Burmese and North Korean regimes.

So why do politicians continue the charade? Losing face and votes by challenging public beliefs, of course. Anecdotal evidence is full of people destroyed by drugs, but the truth of the matter is that by making drugs illegal, we exacerbate the harm they do.

It's time to consider Bob Ainsworth in a more considered light. We can't get rid of addiction or the market forces that respond to it. We can, however, manage it with far more good sense and humanity than we do now.