Iza Kavedžija examines the lessons to be learned from Japanese social care policies and urges the government to add transparency to long-term plans for coping with the UK's ageing population. 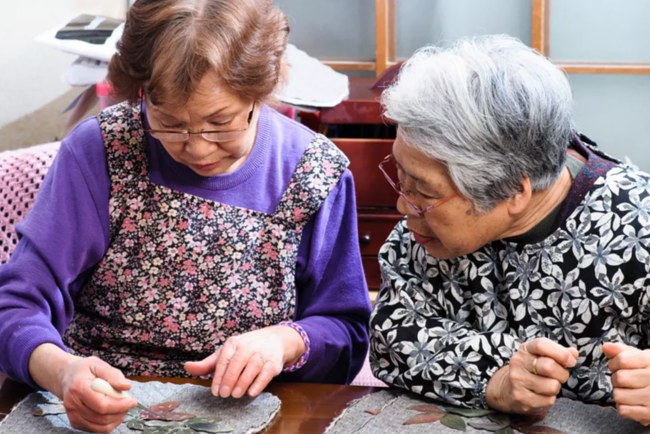 Japan has long been known for its widespread respect for its seniors and a powerful sense of obligation to care for them. The involvement and responsibility of the family members in care was even formally embodied in the “Japanese style welfare state”. Yet as the demographic structure of society has changed, and the population has progressively aged – Japan now has the oldest population in the world – the provision of care is increasingly seen as a social (and not exclusively a family) concern.

In 2000, Japan introduced Long Term Care Insurance (LCTI), designed to provide cover to all those over the age of 65, according to their needs. As such, the system is one of the most comprehensive social care systems for the elderly in the world, built around the aim of reducing the burden of care for families.

In the UK, social care has been affected by a range of funding cuts to local budgets since 2010, which has increased pressure on the social care system. The situation is further compounded by a gradually ageing population. In Japan in 2016, those aged over 65 comprised 26.5% of the population; in the UK it was 18.4%.

In anticipation of a UK green paper on social care for older people, the Nuffield Trust published a report claiming that “England could learn lessons from Japan to address social care crisis”, with a range of recommendations for the provision of care to the elderly.

How does the system in Japan work?

In Japan, people above the age of 65 apply to their local government, and a complex test is done to assess their needs. A care manager advises on how these needs may best be met, based on the budget they’re allocated and a knowledge of local service providers for (predominantly) community-based care. These comprise a range of organisations in the public, not-for-profit and private sectors. The providers that offer such services are often small organisations, embedded in the local community.

The number of residential homes is restricted, with a strong emphasis on community care: a decision justified on fiscal grounds but also as the most supportive of well-being.

The insurance is financed from premiums that are mandatory for all citizens aged 40 or above – the general revenue – and co-payments from the users. Due to the universal eligibility and the compulsory character of the premiums, and unlike the previous welfare and support schemes, the new system carries significantly less stigma and the services are very widely accessed.

In order to render it more attractive, or at least acceptable to the broader public, the eligibility criteria were initially relatively liberal, though the system was designed to be flexible to undergo regular revisions, with eligibility growing stricter as user numbers increased. While this latter process caused some concern, overall the LCTI system has become widely accepted as a part of this long-term process.

So what kinds of ideas does the Nuffield report propose? Here are five takeaway messages:

While the idea of ageing in one’s own home and fostering supportive communities of care is undoubtedly positive in many ways, it is important to recognise – as those in the NGO sector in Osaka have pointed out to me – that it relies on the unpaid work of many volunteers, many of whom have cared for family members themselves and so understand the burden it involves.

In fact, many of these volunteers are themselves over the age of 65. This kind of blurring of the lines between carers and cared-for has many beneficial aspects and their involvement is widely considered by Japanese people to be a valuable and meaningful activity. Yet since a recent further tightening of the eligibility criteria, pressure on the voluntary sector has increased. While the organisations began to receive more funding for their activities, at the same time they have struggled to find members to help with running support activities.

While the initial generous provision ensured public support for the LCTI and perhaps helped remove much of the stigma associated with using the services on offer, these circumstances were undoubtedly somewhat culturally specific. The flexibility of the system that led to the tightening of criteria and rising premiums caused much anxiety and problems for many of those involved. The Nuffield Trust report itself warns policymakers and readers to take the specificity of each country’s situation into account. To this warning, one could add that transparency about the government’s long-term plans for eldercare would go a long way towards securing enduring support for the system.