"Jonathan Hacker's latest documentary provides a revelatory insight into the daily life of jihadis at war and makes us question the nature of good and evil" writes Laurence Green. 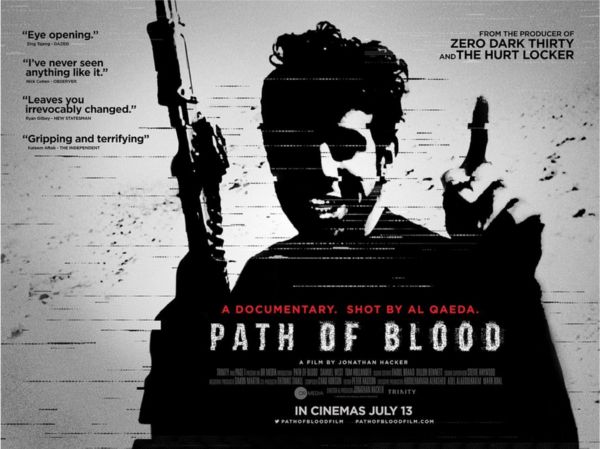 In 2001, in the rubble of Tora Bora, Osama Bin Laden orders his most senior lieutenants to return to his homeland of Saudi Arabia and launch a revolution. Their aim: to conquer the land of the two holy mosques and from there establish a worldwide Muslim empire that could take on the west and win. Two years later, Riyadh car-bomb attacks that launch Al Qaeda’s campaign, take Saudi society by surprise. But the government is quick to respond and the country’s stoic security chief, Prince Muhammad, relentlessly focuses all the firepower of the Saudi state on tracking down and killing the terrorists. Al Qaeda, though, still has a lot up its sleeve and both sides are forced to ratchet up the violence.

During the course of the long and bloody war that follows, intelligence services captured hundreds of tapes shot by Al Qaeda’s own foot soldiers. Using this material as well as rare CSI footage shot by police to record the carnage, this startling film tells the story of Al Qaeda’s daring and ultimately suicidal mission to topple the house of Saud.

Hacker’s aim here is to show how brainwashed youths fuelled by idealism and the misguided pursuit of adventure can descend into madness and carnage. The raw unvarnished footage captures the young thrill seekers at a jihadi “boot-camp” deep in the Saudi desert, having signed on to overthrow the Saudi government. They plot to detonate car-bombs in downtown Riyadh, become embroiled in a game of cat-and-mouse with government forces and, as their plans unravel, resort to even more brutal tactics.

One of the most chilling scenes shows a torture chamber where their latest American captive is pressed to confess, then blindfolded and callously shot. We are spared the grisly sight of this shocking action but while it’s not explicitly shown on camera we can hear the victims sobs. Another particularly distressing scene is in a sitting room where a father teaches his infant son how to execute a prisoner.

Adopting a strictly objective approach, the film manages to be both gripping and terrifying with moments of bizarre humour, while containing no interviews or “talking heads” commentary. The home video footage was shot by the terrorists themselves allowing viewers to see them in all their complexity, while leaving us enough room to draw our own conclusions.

This, then, provides a revelatory insight into the daily life of jihadis at war and makes us question the nature of good and evil.